Aphasia affects 2 million Americans, but most had never heard of it before Bruce Willis's diagnosis

The neurological disorder will force the action movie star to 'step away' from his acting career, his family says 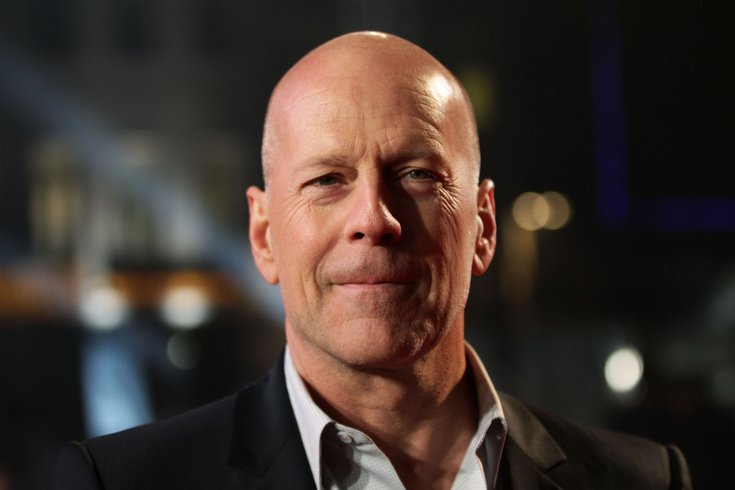 Bruce Willis is stepping away from his acting career due to aphasia, a neurological condition that affects the ability to communicate.

Bruce Willis is leaving his acting career as he battles aphasia, a neurological disorder that affects a person's ability to communicate.

The condition affects more than 2 million U.S. residents, according to the National Aphasia Association. Though it affects the ability to speak, write and understand language, it does not impact a person's intelligence.

Willis, 67, grew up in South Jersey before going on to star in the likes of "Die Hard," "Pulp Fiction" and "The Sixth Sense." His family revealed his condition Wednesday.

"To Bruce's amazing supporters, as a family we wanted to share that our beloved Bruce has been experiencing some health issues and has recently been diagnosed with aphasia, which is impacting his cognitive abilities," the family's statement said. "As a result of this and with much consideration Bruce is stepping away from the career that has meant so much to him."

The news brings greater attention to aphasia, a condition does not get much limelight. A 2020 awareness survey found that 86% of respondents had never heard the term. Only 7% could identify it as a language disorder.

The severity of aphasia depends on the cause and how much damage has been done to the brain, the Mayo Clinic says. Speech and language therapy is the primary treatment used to help people relearn language skills and find other ways to communicate. The family of the patient often is involved in the process.

Aphasia most frequently occurs after a stroke. The loss of blood to the brain during a stroke can cause brain damage in areas that control language.

A severe head injury, brain tumor, infection also can cause the disorder. So can a degenerative process, which usually is accompanied by other types of cognitive problems, such as memory issues or confusion. Sometimes language difficulties develop gradually, known as primary progressive aphasia.

The most common signs of aphasia include speaking in short or incomplete sentences, speaking and writing garbled words or sentences, and not understanding other people's conversation.

People with aphasia may have different patterns of strengths and weaknesses.

Those with expressive aphasia mostly struggle to speak, but understand what people are saying. People with comprehensive aphasia often speak in long, complex sentences that don't make sense. They often don't realize that other people can't understand them.

People with global aphasia have difficulties speaking and comprehending others. This type often occurs after extensive damage to the brain's language networks.

Aphasia is diagnosed through a combination of comprehensive language tests conducted by a speech-language pathologist and brain imaging, according to Johns Hopkins Health.

Willis has two children with his wife, Emma – Mabel, 9, and Evelyn, 7. He also has three adult daughters – Rumer, 33, Scout, 30, and Tallulah, 28, from his prior marriage to actress Demi Moore.