Can the Apple Watch help prevent strokes? A new study aims to find out 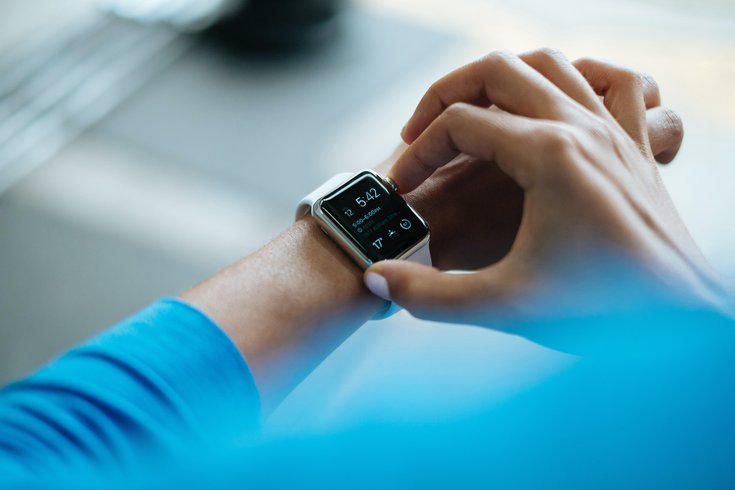 A new study seeks to determine whether the Apple Watch can help prevent strokes and reduce the reliance on blood thinners, which heighten the risk of dangerous bleeding.

Blood thinners often are prescribed to patients with irregular heartbeats to reduce the risk of stroke, but the medications increase the risk of dangerous bleeding. That's why a group of researchers is investigating whether Apple Watches can help minimize the use of these drugs.

For years, Apple has been developing artificial intelligence algorithms that can detect atrial fibrillation – an irregular and often rapid heart rhythm that can lead to blood clots. But so far there hasn't been enough evidence that its watches can directly improve patient outcomes.

The new study will compare stroke, bleeding and health care cost outcomes between people who are given a standard course of blood thinners and an experimental group that will be directed only to take the medication after an Apple Watch detects prolonged atrial fibrillation. The research is expected to start next spring and last for seven years.

If the Apple Watch can prevent strokes as well as the standard of care and reduce instances of bleeding, it would be a game changer for cardiologists and the millions of patients living with Afib, researchers said. It also would help validate the use of digital tools to improve users' health.

An estimated 12.1 million Americans will have atrial fibrillation by 2030, according to the U.S. Centers for Disease Control and Prevention. Complications from the heart arrhythmia cause about 1 of 7 strokes. These strokes tend to be more severe than those caused by other underlying causes.

"Many of these patients are on blood thinners for the rest of their lives even if they have infrequent episodes of atrial fibrillation," said researcher Rod S. Passman, the director of the Center for Arrhythmia Research at Northwestern University. "If we can show this strategy is equally protective against stroke and reduces bleeding, that could save lives, reduce cost and improve quality of life."

Though blood thinners help many patients, they provide no benefit for others yet add a risk of dangerous bleeding, researcher, Passman told STAT. And they can be expensive.

"The concept of targeting individuals during high-risk periods grew out of that experience," he said.

The Apple Watch can help detect atrial fibrillation through its Irregular Rhythm Notification Feature, which uses pulse rate data, and an electrocardiogram app that generates an EKG waveform of the electrical activity of the heartbeat.

The algorithm currently used in the Apple Watch correctly identifies people with irregular heart rhythms 88.6% of the time, according to research conducted by the company. These studies, however, were observational – not randomized controlled trials, which are considered the gold standard of medical research.

The upcoming study will enroll 5,400 low-risk study participants who do not have a history of stroke, congestive heart failure or other conditions. Apple is working with the researchers to build a custom algorithm that will check the heart rhythm of the participants more frequently than the algorithm available to the public does, STAT reported.

When the watch software detects atrial fibrillation that lasts for several hours, it will direct the person to take blood thinners until the highest risk of stroke has passed. The participants in the other arm of the trial will take the blood thinners every day.

Passman also has been involved in pilot studies that test the ability of implantable devices to detect when blood thinners are needed. If the technology can be used successfully in devices like the Apple Watches, more people could benefit from it.

Northwestern University will serve as the study's lead site. The American Heart Association, Johns Hopkins University, Stanford University and the University of California, San Francisco are partners in the study, called Rhythm Evaluation for AntiCoagulaTion or REACT-AF. The National Heart, Lung and Blood Institute is providing $37 million to fund it. Apple will donate the devices used in the study.

Apple is also involved in other studies investigating the potential health benefits of digital tools. In one study, single-lead electrocardiogram tracings from an Apple Watch interpreted by an AI algorithm developed by the Mayo Clinic effectively identified patients with a weak heart pump.

A standard EKG uses 12 electrode leads placed on a person's chest, arms and legs to create a tracing used to evaluate the heart's electrical signals. To interpret electrocardiogram signals generated from the single lead on an Apple Watch, researchers modified a 12-lead algorithm for low ventricular ejection fraction — the weak heart pump — that is licensed to Anumana Inc., an AI-driven health technology company, by nference and Mayo Clinic.