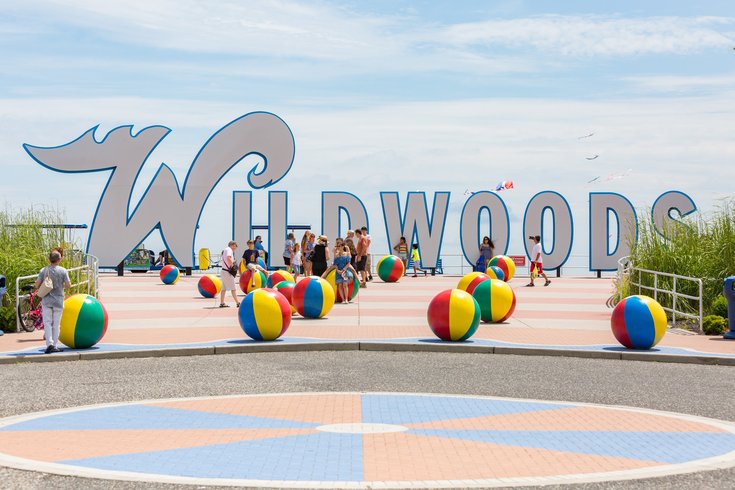 This is the famous Wildwoods sign on Wildwood boardwalk.

Fans of the Wildwood boardwalk almost brought out the pitchforks this weekend after biting on a well-timed April Fools' Day prank from Morey's Piers.

The amusement park got ahead of Monday's action by putting out a bombshell press release on Sunday afternoon. After 50 years, they said, the piers would discontinue serving the beloved Curly's Fries (gasp!).

They even concocted results for a fake social media survey claiming that guests wanted to see healthier options at the piers. From the news release:

"New for 2019, Morey’s Piers introduces Greenery’s, a concession stand offering a variety of healthy and convenient food items that guests can eat on the go. Due to space and cost constraints Morey’s Piers was forced to rebrand the two current Curley’s Fries locations to house the new stand ...

"The responses Morey’s received in their social media post are in line with what studies are now showing. Generation Z consumers want healthier and more convenient food options, so much so, that their dining habits are impacting the entire food and beverage industry. Studies also show that compared to millennials, Gen Zers want more organic and natural foods without additives and they are more likely to be vegetarians."

To put it mildly, this did not go over well. Responses to the Facebook post with the press release were downright hostile.

"You’re kidding me???? How can you guys get rid of this staple? For vegan options?" wrote Nicholas J. Grillo. "Have you looked at the demographics of the people on that boardwalk? How can you tell me they prefer kale chips over classic fries? 30 plus years Im coming down there, this is the dumbest decision ever made!"

"I have NEVER seen a vegan within fifty miles of the Boardwalk," added Carol Ann Grosso-Sollenberger. "This is Wildwood, not Stone Harbor."

Plenty of people suspected it might be an early April Fools' Day joke, but those who didn't were livid.

Then came Monday, and Morey's admitted it was all a gag. Not only that, but they'll be giving out free Curley's Fries to those who show up to both locations ( at Mariner's Pier and Surfside Pier) early on opening day, April 13.

Credit where credit is due. If you're going to bother with April Fools' Day, this is a case study in how to pull off a great prank.