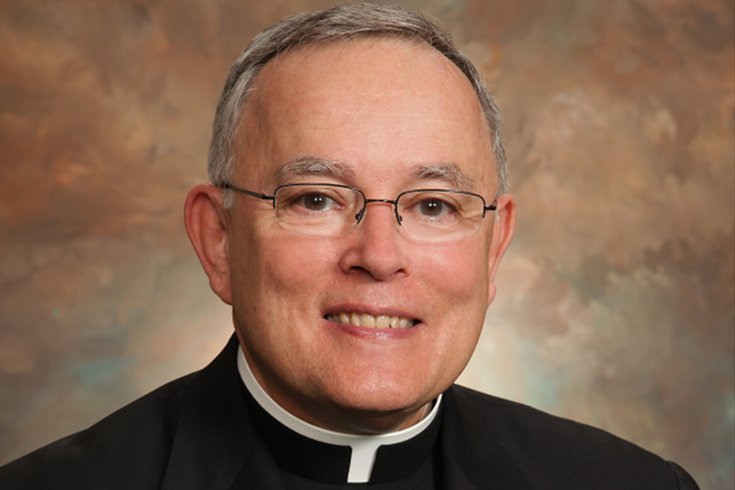 Philadelphia Archbishop Charles Chaput's column this week, titled "On Anger, Grief and the Future, addresses the scathing Pennsylvania grand jury report released this week that implicates more than 300 priests in the sexual abuse of children. The full text is below:

This has been an ugly week: first for the survivors of sex abuse; second, for Catholics across the state; third, for the wider public. For many, rage is the emotion of choice. The latest grand jury report is a bitterly painful text. But rage risks wounding the innocent along with the guilty, and it rarely accomplishes anything good.

The Stoics believed that anger is never a healthy thing: It always involves an inhuman appetite to hurt others, and it always poisons the soul. But this isn’t the Christian view. The anger Jesus showed toward the Temple moneychangers, the Sadducees, and the Pharisees was not merely acceptable but right and good. The anger Philadelphians felt toward the Archdiocese after the 2005 and 2011 grand jury reports was likewise well placed and justified.

The only acceptable responses are grief and support for the victims, and comprehensive efforts to ensure that such things never recur. And anger.

We’ve worked hard to remember the lessons of that time. Seven years later, we are keenly aware of the evil that sexual abuse victims have suffered. We understand our obligation, and we're sincerely committed, to help survivors heal. We’ve worked hard to ensure the safety of children and families in Church-related environments. In that task, the guidance and counsel of laypeople – including former law enforcement officials and professionals in assisting abuse survivors – have been especially valuable. We know that rebuilding the trust of our people and the morale of our good priests can only be accomplished with a record of doing the right thing over time. The roughly 100,000 laypeople and clergy we’ve trained in recent years to recognize and report the signs of sexual abuse are part of that effort.

This week’s grand jury report on clergy sex abuse in six Pennsylvania dioceses covers more than seven decades. Some people, credible people, have challenged its processes and disputed elements of its content. But the substance of the report is brutally graphic and profoundly disturbing as a chronicle of evil inflicted on hundreds of innocents. The only acceptable responses are grief and support for the victims, and comprehensive efforts to ensure that such things never recur. And anger. Anger is also a righteous and necessary response – but it needs to be an anger that bears good fruit; an anger guided by clear thinking, prudence, and a desire for real justice. That kind of anger all of us should feel this week and carry with us into the days ahead.

On August 16, the president of the U.S. Conference of Catholic Bishops, Cardinal Daniel DiNardo, issued a statement on the situation of Archbishop Theodore McCarrick and the release of the Pennsylvania grand jury report. As a member of the USCCB executive committee, I support Cardinal DiNardo’s leadership on these difficult issues, and offer his thoughts here:

Brothers and Sisters in Christ,

Two weeks ago, I shared with you my sadness, anger, and shame over the recent revelations concerning Archbishop Theodore McCarrick. Those sentiments continue and are deepened in light of the Pennsylvania Grand Jury report. We are faced with a spiritual crisis that requires not only spiritual conversion, but practical changes to avoid repeating the sins and failures of the past that are so evident in the recent report. Earlier this week, the USCCB Executive Committee met again and established an outline of these necessary changes.

The Executive Committee has established three goals: (1) an investigation into the questions surrounding Archbishop McCarrick; (2) an opening of new and confidential channels for reporting complaints against bishops; and (3) advocacy for more effective resolution of future complaints. These goals will be pursued according to three criteria:

We have already begun to develop a concrete plan for accomplishing these goals, relying upon consultation with experts, laity, and clergy, as well as the Vatican. We will present this plan to the full body of bishops in our November meeting. In addition, I will travel to Rome to present these goals and criteria to the Holy See, and to urge further concrete steps based on them.

The overarching goal in all of this is stronger protections against predators in the Church and anyone who would conceal them, protections that will hold bishops to the highest standards of transparency and accountability.

Allow me to briefly elaborate on the goals and criteria that we have identified.

The first goal is a full investigation of questions surrounding Archbishop McCarrick. These answers are necessary to prevent a recurrence, and so help to protect minors, seminarians, and others who are vulnerable in the future. We will therefore invite the Vatican to conduct an Apostolic Visitation to address these questions, in concert with a group of predominantly lay people identified for their expertise by members of the National Review Board and empowered to act.

The second goal is to make reporting of abuse and misconduct by bishops easier. Our 2002 "Statement of Episcopal Commitment" does not make clear what avenue victims themselves should follow in reporting abuse or other sexual misconduct by bishops. We need to update this document. We also need to develop and widely promote reliable third-party reporting mechanisms. Such tools already exist in many dioceses and in the public sector and we are already examining specific options.

The third goal is to advocate for better procedures to resolve complaints against bishops. For example, the canonical procedures that follow a complaint will be studied with an eye toward concrete proposals to make them more prompt, fair, and transparent and to specify what constraints may be imposed on bishops at each stage of that process.

We will pursue these goals according to three criteria.

The first criterion is genuine independence. Any mechanism for addressing any complaint against a bishop must be free from bias or undue influence by a bishop. Our structures must preclude bishops from deterring complaints against them, from hampering their investigation, or from skewing their resolution.

The second criterion relates to authority in the Church. Because only the Pope has authority to discipline or remove bishops, we will assure that our measures will both respect that authority and protect the vulnerable from the abuse of ecclesial power.

Our third criterion is substantial involvement of the laity. Lay people bring expertise in areas of investigation, law enforcement, psychology, and other relevant disciplines, and their presence reinforces our commitment to the first criterion of independence.

Finally, I apologize and humbly ask your forgiveness for what my brother bishops and I have done and failed to do. Whatever the details may turn out to be regarding Archbishop McCarrick or the many abuses in Pennsylvania (or anywhere else), we already know that one root cause is the failure of episcopal leadership. The result was that scores of beloved children of God were abandoned to face an abuse of power alone. This is a moral catastrophe. It is also part of this catastrophe that so many faithful priests who are pursuing holiness and serving with integrity are tainted by this failure.

We firmly resolve, with the help of God's grace, never to repeat it. I have no illusions about the degree to which trust in the bishops has been damaged by these past sins and failures. It will take work to rebuild that trust. What I have outlined here is only the beginning; other steps will follow. I will keep you informed of our progress toward these goals.

Let me ask you to hold us to all of these resolutions. Let me also ask you to pray for us, that we will take this time to reflect, repent, and recommit ourselves to holiness of life and to conform our lives even more to Christ, the Good Shepherd."