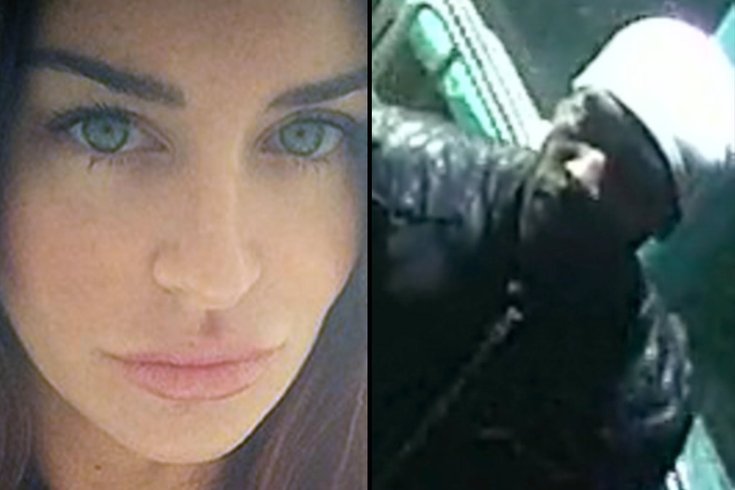 Authorities in Montgomery County are searching for a person of interest in the death of Christina Kraft, the former Playboy model who was found strangled to death last Wednesday night at her condominium in Ardmore.

Prosecutors released surveillance video on Monday of a man they say had contact with the victim on the morning of Wednesday, Aug. 22. Investigators said the unidentified man and Kraft, 36, were seen together in the area of South Broad and Locust streets in Philadelphia.

The same man also was captured on surveillance video around the entrance to SEPTA's subway station at 15th and Market streets. Police believe he may have used a ridesharing service to get from Center City to Ardmore.

Lower Merion Police were called to Kraft's condominium in the 100 block of Sibley Avenue around 9:15 p.m. on Wednesday. Responding officers located her body in the bedroom and an autopsy on Thursday determined that she died of ligature strangulation, suggesting a cord was deliberately used to kill her.

Days before Kraft's death, police said she had reported a theft at her condo after using a ridesharing service to go to Philadelphia on Aug. 18. The missing items included jewelry and clothing.

Another man identified as Andre Melton, 31, was sought in connection to the burglary but had not been identified as a person of interest in either crime as of this weekend.

A profile for Kraft indicates she had appeared as a model for photos in Playboy and Vanity Fair magazines, as well as promotional work for Loreal, Victoria's Secret and Redken.

Anyone with information the man in the latest photographs is asked to contact the Lower Merion Police Department at (610) 649-1000 or the Montgomery County Detective Bureau at (610) 278-3368.