As 'Sgt. Peppers' turns 50, look back at Beatles' concerts in Philly in photos, video 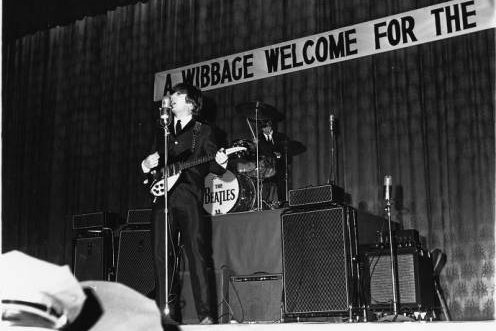 The Beatles perform at Convention Hall in Philadelphia on Sept. 2, 1964. Their 12-song set included 'All My Loving' and 'She Loves You.'

The album, one of the most critically acclaimed of all time, remains revered for its innovative recording techniques and psychedelic sound. 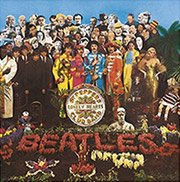 The album is one of the most critically acclaimed of all time.

But by the time the album hit record stores on May 26, 1967, the Beatles had pulled the plug on touring, preferring to perfect their sounds from the studio.

The Fab Four only played twice in Philadelphia.

The Beatles played a 12-song set that lasted about 30 minutes and included "All My Loving," "She Loves You," and "A Hard Day's Night."

Here is a video clip featuring four songs from the concert – "Twist and Shout," "You Can't Do That," "All My Loving" and "She Loves You." Audio to the entire show can be found here.

The late Lit later wrote on his website that he and former Philly mayor Frank Rizzo, then a captain in the Philadelphia Police Department, had to sneak the Beatles into Convention Hall to avoid thousands of screaming fans.

"Frank and I arranged to have the Beatles smuggled in, from Atlantic City, where the day before they were performing at the Jersey Shore," Lit wrote. "While a decoy limousine procession traveled up the New Jersey White Horse Pike, a Hackney's fish truck, carrying the Beatles, slowly rolled up the Black Horse Pike, and casually passed thousands of screaming fans, into the food service entrance at Convention Hall."

Convention Hall was at 3400 Civic Center Blvd., on the edge of the campus of the University of Pennsylvania, near Franklin Field. Built in 1930 and rendered obsolete by the construction of the Spectrum, it was razed in 2005. Penn Medicine's Perelman Center for Advanced Medicine stands on the site now.

Afterward, Lit hosted the Beatles at his house because the city's hotels were packed with fans eager to spot their idols, according to onabbeyroad.com. He later gave away the pillow cases and sheets they used as part of a radio contest.

Here are photos from the show, courtesy of Temple University Libraries. 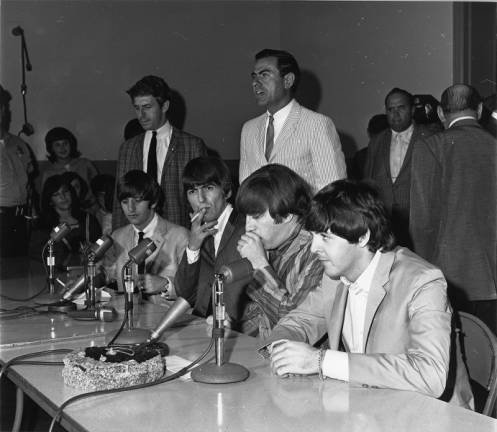 The Beatles hold a press conference in Philadelphia, where they performed 12 songs at Convention Hall during their 1964 tour. They only would play in Philadelphia one other time. 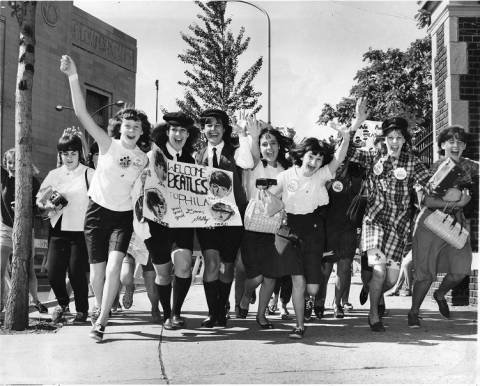 'Beatlemania' was in full force when the Fab Four arrived to play in Philadelphia in September 1964. Early that year, The Beatles debuted on 'The Ed Sullivan Show,' kickstarting a frenzy that swept teenagers across the United States. 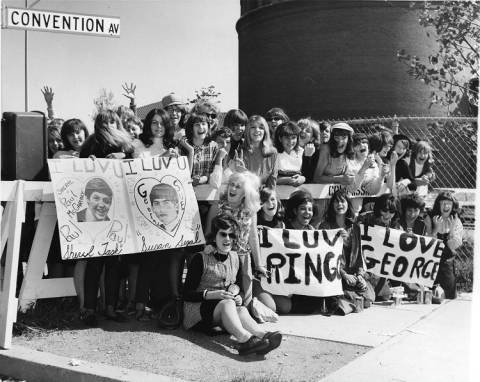 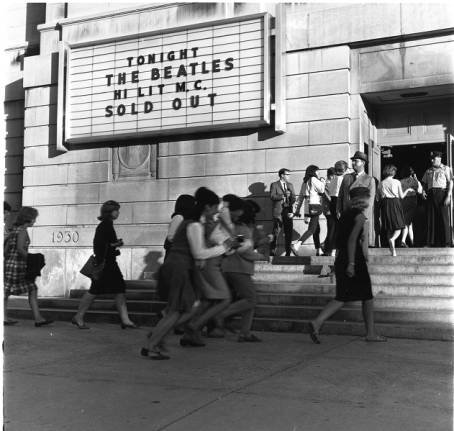 Famed radio personality Hy Lit booked The Beatles for a 1964 concert at Convention Hall, the group's first appearance in Philadelphia. Tickets sold out in less than 90 minutes.

The Beatles returned to Philadelphia two years later for an Aug. 16 show at JFK Stadium.

That concert featured an 11-song set, including "Yesterday," "Day Tripper" and "Nowhere Man."

Below are a couple images from that show. 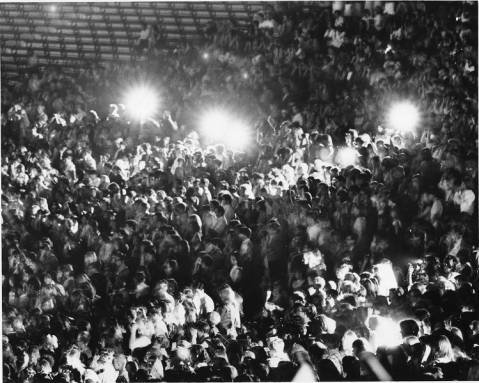 The Beatles played in Philadelphia for the last time on Aug. 16, 1964. Their 11-song set included 'Yesterday,' 'Nowhere Man,' and 'Paperback Writer.' 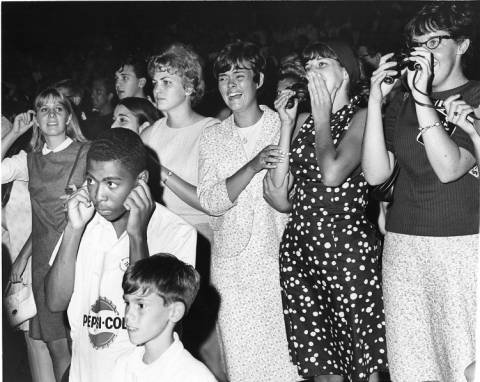 The final song The Beatles played at their last concert in Philadelphia was 'Long Tall Sally,' a Little Richard cover. Thousands of fans attended the concert at JFK Stadium in South Philly.