At South Jersey showroom, dozens of classic and exotic cars on consignment 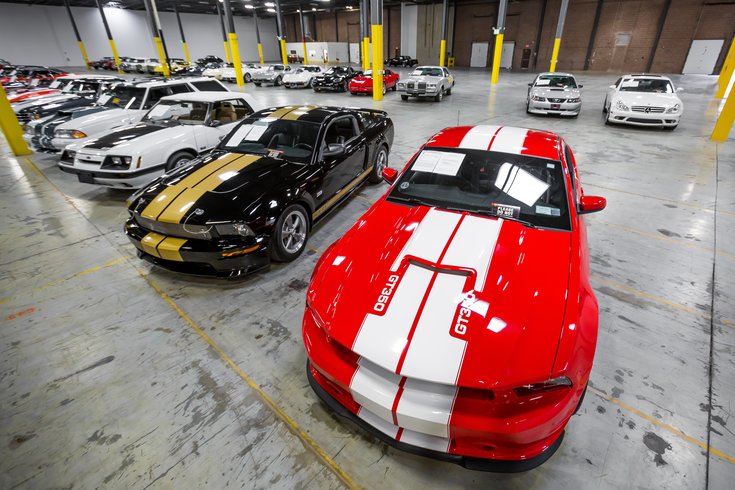 The South Jersey showroom that opened about six weeks ago has more than 50 vehicles for sale, with room for up to 200.

CLARIFICATIONS – The following clarifications have been made to this story:

• A reference in this story to a 12.5 percent consignment fee, cited by a consigner and confirmed with a Gateway employee, has been removed. According to Bronica Richardson of Gateway's corporate public relations department, "Gateway Classic Cars does not charge a 12.5 [percent] fee" and consigners sign a non-disclosure form regarding details of their contract with the company.

• A reference to Gateway employee Bill Mack has been changed. While Mack told PhillyVoice that he was a manager of the showroom, Richardson says he is a sales associate.

• A reference to a Cars and Coffee event hosted at the showroom, discussed by Mack, has been deleted. Richardson said the company is "unable to host community events such as Cars and Coffee in the West Deptford showroom ... because [it is] in an industrial area and will not be able to do so until further notice."

“It’s an opportunity to see a lot of cars,” Pechtel said of Gateway’s 14th showroom in the country, this one tucked away in Suite 200 of a nondescript industrial park at 1228 Forest Parkway in Gloucester County.

Behind the dull exterior is a 63,800-square-foot showroom, now filled with 54 cars ranging from '30s hot rods to muscle cars of the late '60s and early '70s to exotics such as Porsches, an Austin Healey stuffed with a V8 Chevy engine and a classic MGB. There’s room for up to 250 cars, according to Bill Mack, a sales associate in Gateway’s South Jersey showroom. 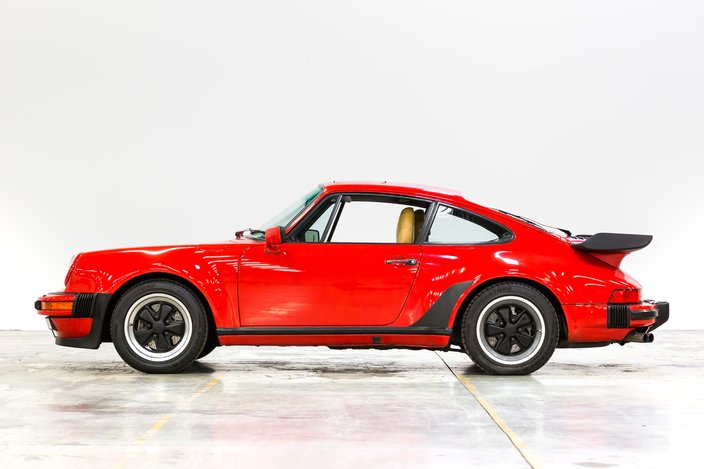 Pechtel is a Porsche guy. The German sports cars are both his business and his hobby. He sells cars and gear out of his own businesses in Bordentown, Burlington County, as well as online.

But he said Gateway is unique in the world of collectible cars.

“They are an interesting company," he said. "They have exposure all over. It is a great opportunity, with a larger audience.

“Porsche enthusiasts are like a private society. A member of the Porsche Club of America [typically] sells to another member of the club. This is an opportunity to expand the base." 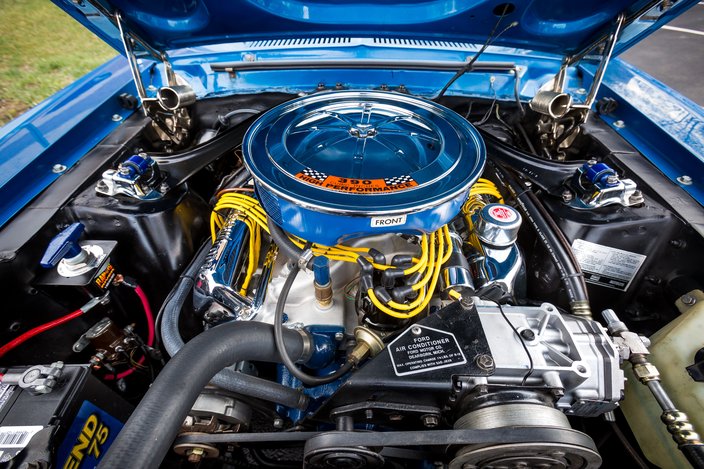 Which is precisely why Pechtel has consigned some of his own cars to the new showroom, despite paying a consignment fee to the company.

He has about 10 cars there now, but he’s considering moving “maybe 20” more Porsches there soon.

The showroom is open Monday through Saturday 9 a.m. to 5 p.m. and closed on Sundays. 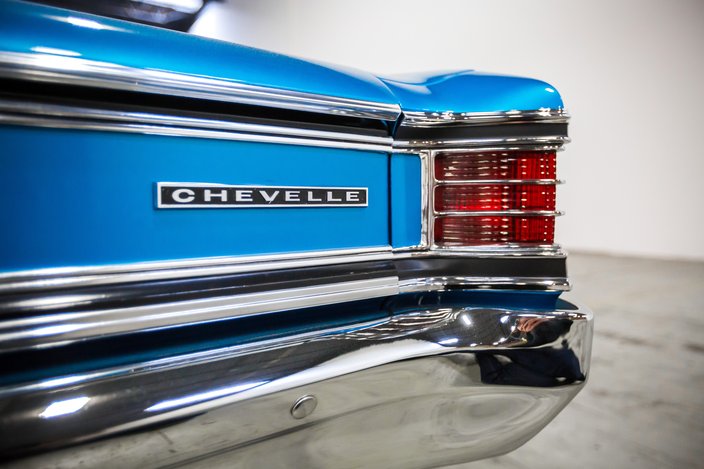 The company began in 1999 and is now the largest seller of classic and exotic cars in the world.

Mack has decades in the car biz, mostly with Fords.

That might explain his personal love affair with Mustangs, including the $69,000 GT Tribute 1967 convertible with a 390-cubic inch displacement V8 engine and beautiful creamy white interior. 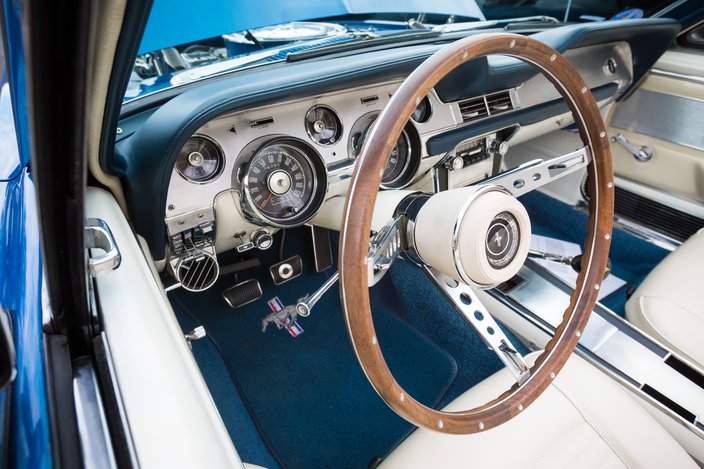 But the biggest engine on the floor – a 572-cubic-inch Ray Barton Hemi, a rare custom that can produce more than 800 horsepower – means a 1968 Plymouth Barracuda is “a street-legal race car,” said Mack, and priced at $94,000. 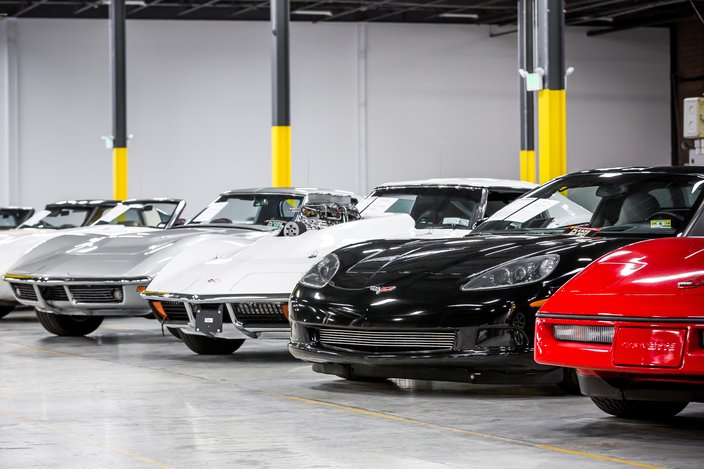 Many Corvettes, old and new, are for sale at the West Deptford, NJ showroom of Gateway Classic Cars.

While Gateway is in brick-and-mortar stores where shoppers as well as buyers visit, they also have a large presence online that draws interest from everywhere. 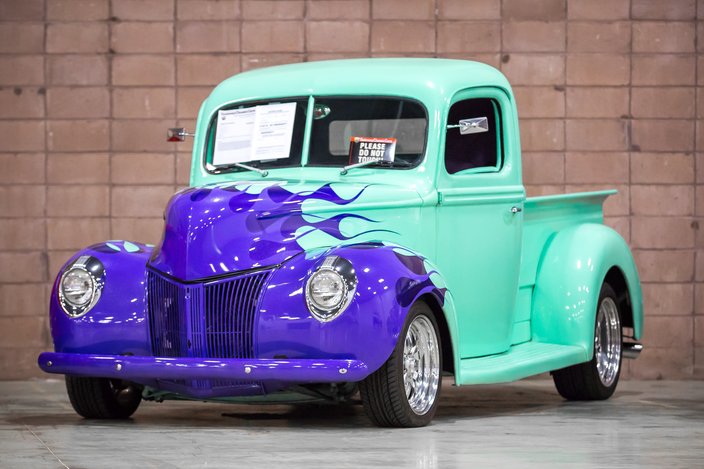 If fact, there is a potential buyer for the Austin from Belgium, according to Mack.

Gateway is looking to join with local car clubs and local car shows, according to Mack and officer manager Kelly Hempsey, who is making the circuit. 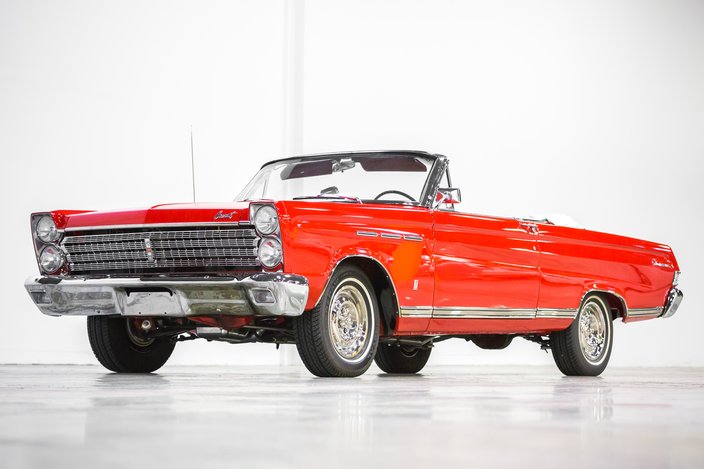 “It is a unique business for someone who loves cars and classic cars,” said Mack. “The people are 18 to 80-years-old. And car people are good people.”