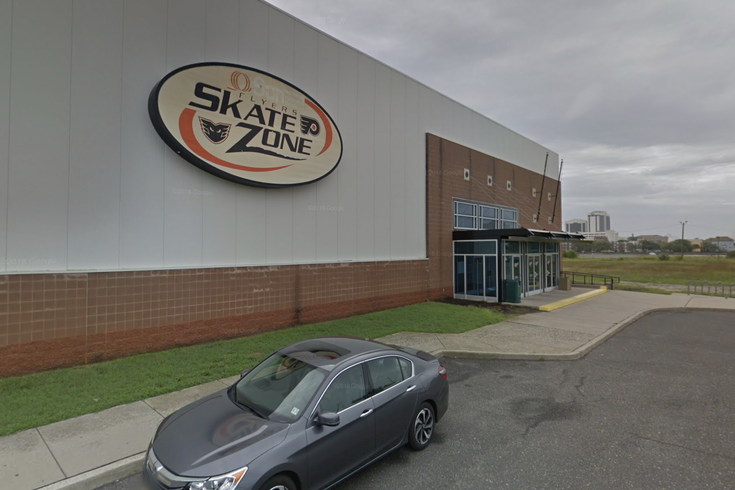 Atlantic City Skate Zone faces an uncertain future and could be closed in March if a lease agreement isn't finalized. The facility on the Bader Field site has been a home to hockey leagues and figure skaters for years.

Atlantic City Skate Zone, the long-time home of a youth ice hockey and figure skating community, could shut down as soon as early March if a new lease agreement isn't reached among its various stakeholders.

Thousands of petitioners are now urging for a resolution to the impasse. The rink serves the Atlantic City Sharks travel teams, an in house league, middle and high school hockey teams, figure skaters, a men's league, learn-to-skate programs and the Stockton University ice hockey team.

"Many parents fear the rink will shut down and become another eye sore in Atlantic City much like the Sandcastle Stadium next door to the Skate Zone," says a Change.org petition that calls for keeping the Skate Zone open.

Built in the late 1990's, Atlantic City Skate Zone is located on the site of Bader Field about four blocks from the beach and within walking distance of several casinos. It's one of three Skate Zones in the region that were originally founded as Flyers Skate Zones owned by Comcast, including locations in Northeast Philadelphia and Pennsauken.

In 2020, Comcast Spectacor's year-to-year lease with the rinks expired and Black Bear Sports Group, Inc. moved in to operate the three rinks. Comcast Spectacor held onto the Virtua Center Flyers Skate Zone at Voorhees, which has become the the Philadelphia Flyers' training facility, but maintained a marketing relationship with the other Skate Zones. Former Flyers star Keith Primeau was part of the deal involving Black Bear Sports Group's new role with the three rinks.

The Skate Zone in Atlantic City is owned by the Casino Reinvestment Development Authority, which in recent years has been reluctant to invest in the building's maintenance.

“I don’t think it’s worth it for CRDA to put funding into the building. It doesn’t generate funds for us,” Doherty said at a board meeting in 2018, when a vote was held to make subleases for the rink more flexible, according to the Press of Atlantic City. The CRDA declined to approve funding for improvements at the time.

Black Bear Sports Group is seeking a long-term lease at the facility and has had several proposed deals rejected by the CRDA and the city. In the absence of an agreement, the company plans to vacate the Skate Zone on March 7.

Black Bear wants a long-term lease that secures the rink's future instead of continuing on short-term leases, but it's unclear what the sticking points are for the CRDA.

The Change.org petition notes that the closest accessible ice rinks in the area are in Pennsauken and Mt. Laurel, about an hour away from Atlantic City.

"Many of the boys and girls that play for the Sharks have been with the organization since they were 4 and 5 years old and are now in high school facing the possibility that their beloved rink will close after this year's hockey season ends," the petition says.

Parents and players planned to meet at the hockey rink Tuesday evening to discuss options for keeping the Skate Zone open.

The 150-acre Bader Field site, formerly Atlantic City's municipal airport, has been in limbo for years. Sandcastle Stadium is still used for travel baseball tournaments and community college games, but has limited use outside the summer months. Concerts and events also have been held at Bader Field over the last decade or so, including shows from Metallica and Dave Matthews Band.

Failed redevelopment proposals at Bader Field over the years have included a Formula One-style auto racing course with townhomes and condos around it, a waterpark and another casino even as many of Atlantic City's gambling hubs struggled or closed. Comparisons to similar properties in other U.S. cities have been used as a starting point to spark ideas, but the site remains mired in stagnation.

In the absence of a much larger plan that has legs, the possible closure of Skate Zone would only symbolize the city's inability to find a transformative use of back bay land that should be among its strongest attractions.