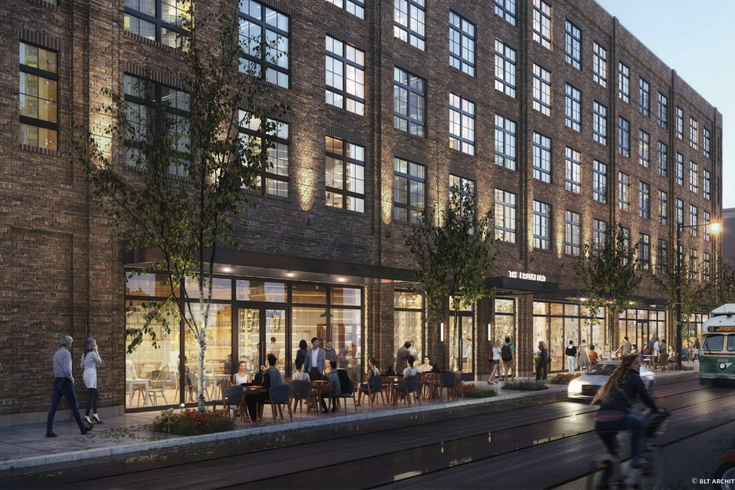 A rendering shows the five-story mixed-use building proposed at 1120 Frankford Ave. in Fishtown.

Barcade has been a mainstay in Fishtown for more than a decade now, a perfect place to grab drinks and revel in the gaming traditions of decades past. It's felt even more like a quintessential Fishtown bar in recent years with the addition of that cat-themed "Welcome to Fishtown" mural that sits on the other end of a neighboring parking lot.

That lot could soon be transformed into a five-story apartment building, according to plans that will be reviewed Tuesday night at a meeting of the Fishtown Neighbors Association.

The proposal at 1120 Frankford Avenue, led by US Construction and designed by BLT Architects, calls for a mixed-use building with 150 units and 7,166 square feet of ground-floor commercial space. The proposal does not show any requested parking spaces, but indicates that 50 bike parking spaces would be required. 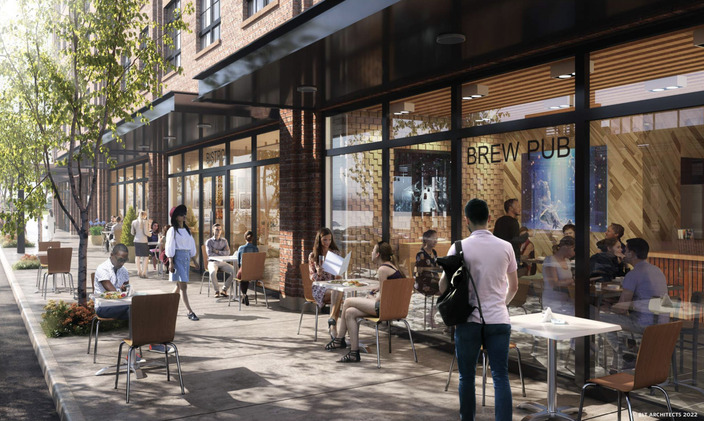 Another rendering shows the ground-floor commercial space at the proposed Fishtown project. 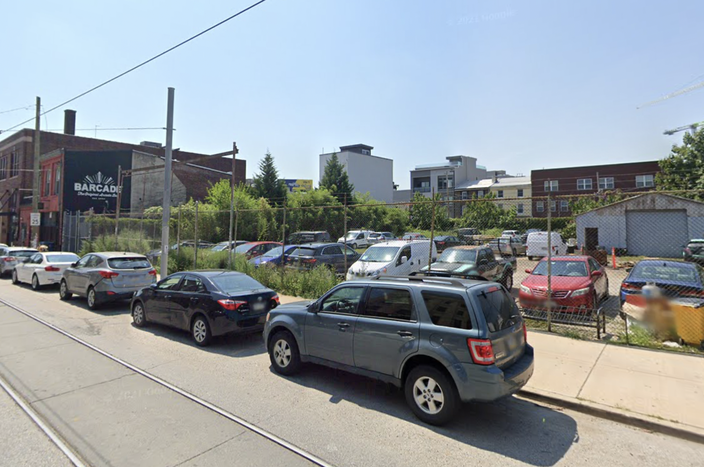 The lot was previously owned by a construction company that used if for storing vehicles and materials, but changed hands in 2016 and hasn't been used much since then, according to OCF Realty.


This project would be by-right, so it faces fewer hurdles to clear before work might begin.

The proposal is one of several in the area of Frankford and Girard avenues expected to move forward in the coming year. A six-story building with 107 units and ground floor retail is planned for the site of current 7-Eleven, while another project will bring 59 apartments and commercial space to the former Kensington National Bank (now Wells Fargo Bank), one of architect Frank Furness' many notable 19th century buildings in Philadelphia.

Given the proximity to SEPTA's Girard Station and the amount of bars, restaurants and other businesses along these two corridors, adding significant density has always seemed like a matter of time.

Those who wish to learn more about the project proposed next to Barcade can register to attend the FNA meeting on Tuesday night at 7:30 p.m.