Attention: It's 'donut' — not 'doughnut'

The people have spoken; deal with it, language purists 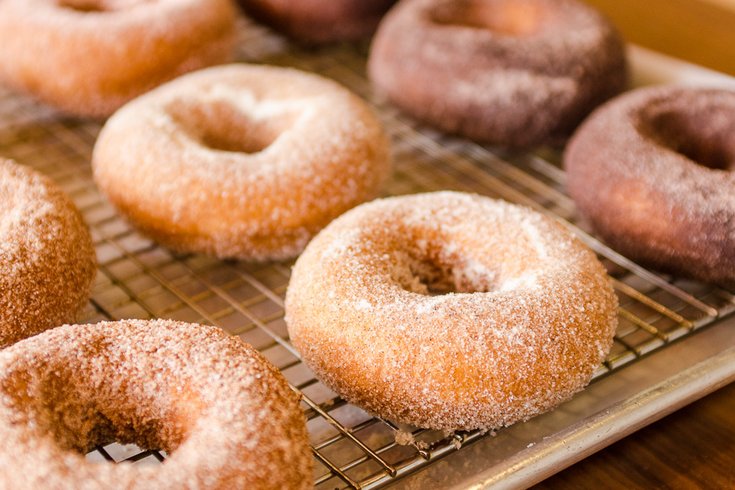 Don't worry, this isn't a repeat of the bloody Is A Hot Dog A Sandwich wars of early 2016. For one thing, it's got less of an "ugh" factor"

With the first Friday of June being National Doughnut Day, most of us are just psyched to get a free one at our neighborhood breakfast fast-food chain. But with the holiday comes the question: Is it doughnut or donut?

Of course, the original spelling — and therefore the purists’ choice — is "doughnut," which includes the origin word "dough."

Then, there's "donut," which was popularized in the mid-20th Century thanks in no small part to a ubiquitous coffee joint that emphasizes the "dunkin'" experience.

Today, you're almost certainly going to cross paths on social media with somebody who, atop the highest of horses, will lament the sad state of a language — if not a society — that legitimizes "donut."

Today I learned that my phone's speech-to-text spells doughnut "donut" and I am horrified.

It's spelled "doughnut," not "donut." #FightingWords

If it seems as though "donut" has not only become acceptable, it has surpassed the original doughnut, that's because in many ways it has.

So we've all just decided to spell it "donut," huh

The Huffington Post had an analysis Thursday which found that while publishers still heavily favor doughnut, the internet has shifted far and away toward donut.

Google trends indicate that, over the past 12 years, donut beats doughnut in an online landslide.

You only need to check Twitter to find evidence of this phenomenon. #NationalDonutDay is trending, not #NationalDoughnutDay. Those "trending topics" are pushed by brands and companies that want your attention, and they're going with the spelling that more people use, not the one that's more etymologically correct.

Like the U.S. Constitution, language is equipped to adapt to cultural shifts. As the Merriam-Webster Dictionary explains in defending the use of donut, phonetic-based spelling reform is an American tradition (we now use humor instead of humour, color instead of colour, and program instead of programme, for example).

Furthermore, "donut" is not the byproduct of some passing fad or internet vernacular. It's not even a Dunkin' Donuts thing — its first recorded use was in the late 1800s, (though it didn’t become popular until about 50 years later.

Pushing against the donut comes the same sort of "old man yells at cloud" mentality that causes retirees to get mad at Jose Bautista for enjoying his job as a baseball player.

If you're among those who cringe when Facebook friends rant about how "dating just isn't the same anymore" or "omg everyone get off your phones for a second" or any other hardline opinion on a not-at-all serious issue, you should be on team donut.  After all, this isn't the spelling of the name of a city or a medical term. It's a ring of fried dough.

Philadelphians, we’ve gotten “jawn” on the evening news. We've put “youse” in the dictionary. If there’s anyone who should be for favoring the popular choice over the purists’ preference, it's us.

The people have spoken, and they’re saying “donut” in a puff of powdered sugar.