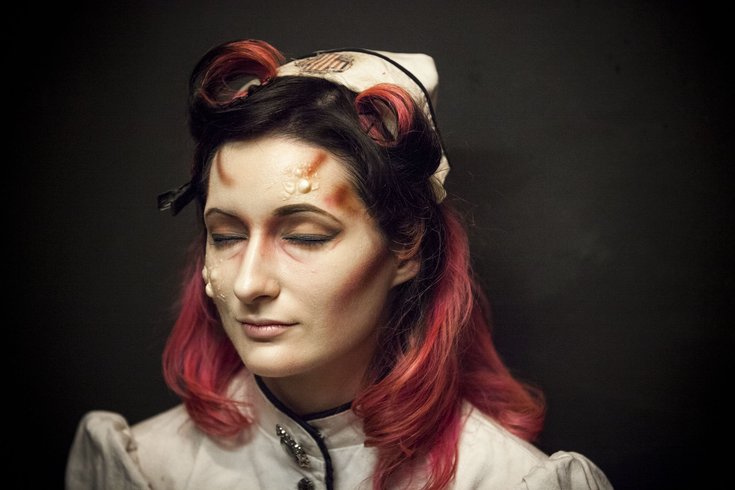 PhillyVoice went behind the scenes of Eastern State Penitentiary’s Terror Behind the Walls to show how literally hundreds of monsters are created out of normal human beings in just a few hours each night.

Can you walk on stilts? Juggle? Do you enjoy operating a chainsaw? Have a tight five locked down?

If so, you may be in line for a fun gig this fall with the return of Terror Behind the Walls at Eastern State Penitentiary, the former prison's annual Halloween haunted house that runs from late September through early November.

Instead of going through the haunted house, you can try your hand at being on the other side of the festivities – spooking guests under the guise of intense makeup and deceiving lighting, all with the promise of earning some cash.

Auditions for Terror Behind the Walls have already started, but there are still a few more chances for you to audition. Auditions will be held this week on Aug. 23-24, plus there will be another round of auditions if you're late to the season on Oct. 3.

Take a look at the acting role descriptions and application for a sense of what ESP is looking for. Experience with improv, stage combat, miming, contortion, and, yes, using a chainsaw, all look like possible bonuses for your audition.

If you're still into getting spooky with ESP this season but don't feel suited for an acting role, the venue is also hiring for seasonal roles in other departments, including the box office, retail, and makeup artists.

This year's Terror Behind the Walls will kick off Friday, Sept. 21. Check out the full details here.