Popular Avalon bar, known as Jack's Place and other names, demolished after 96 years

The Jersey Shore tavern was also previously operated as Gallagher's Pub, The Black Eagle, and Meaney's 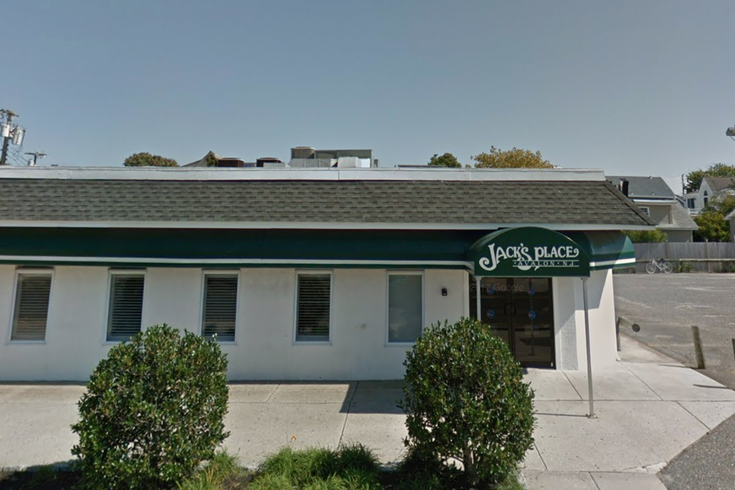 Jack's Place, seen here in September 2017, closed in 2017 after 94 years of operation. The building, previously called Gallagher's Pub, Meaney's, and The Black Eagle, stood for two more years before being demolished.

A beloved bar in Avalon bar – known in its final years as Jack's Place but was also once called The Black Eagle, Gallagher's Pub, and Meaney's – was demolished Wednesday morning, 96 years after it opened.

The bar closed in 2017, but the structure still stood at the corner of 36th Street and Ocean Drive on the eastern side of the island, facing the body of water know as Gravens Thorofare.

The Sixers held their annual Beach Bash at Jack's Place through the 17th Annual Bash in 2017. Ben Simmons and Joel Embiid were in attendance.

Seven Mile Times, a local shore paper covering Avalon, Stone Harbor, Sea Isle City, and Strathmere was on the scene Wednesday as the building came down:

As you might imagine for a building that saw nearly a century of beachgoers and locals pass through its doors, there was an outpouring of love for the bar online.

One Facebook commenter noted a bartending job at Jack's Place allowed them to pay for college in the 1980s. Another noted they met their husband at Jack's place in 1976. Another said their family lived across the street from Jack's Place for 51 years and called the demolition a "melancholy moment."

Avalon's business administrator told NJ.com the town's Planning and Zoning board has yet to receive any applications or permit submissions for the property.