Sierra was born on June 2 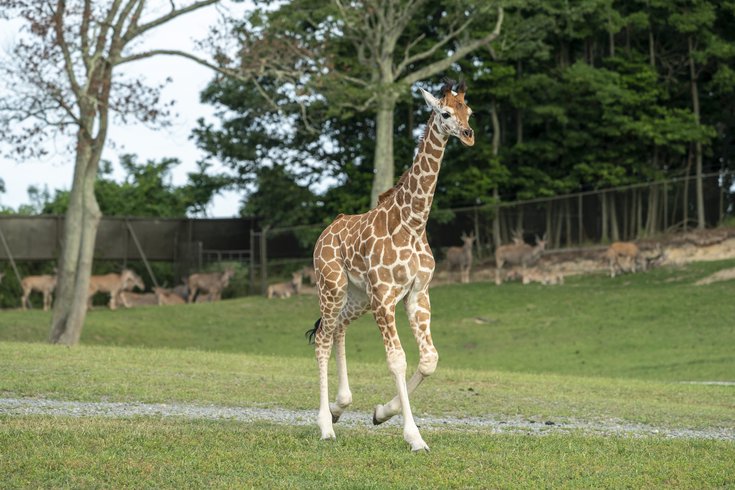 Sierra, a female Somali giraffe, was born on June 2 at Six Flags Great Adventure and Safari. She was recently added to the Wilde Plains section of the Wild Safari Drive-Thru Adventure. She is being raised by her mother Muraya.

Sierra, a female Somali giraffe born on June 2, is the newest addition to Six Flag Great Adventure's tower of giraffes.

The calf debuted in the Wilde Plains section of the Wild Safari Drive-Thru Adventure and is being raised by her mother Muraya, officials at the the Jackson, New Jersey, amusement park said Monday.

Sierra weighs more than 200 pounds and will likely grow to be 1,500 pounds, veterinarian Dr. Ken Keiffer said. She is the fourth calf born at Great Adventure in the past year – in 2019, Phyllis, Embu, and Soda were born in July, October, and November respectively. 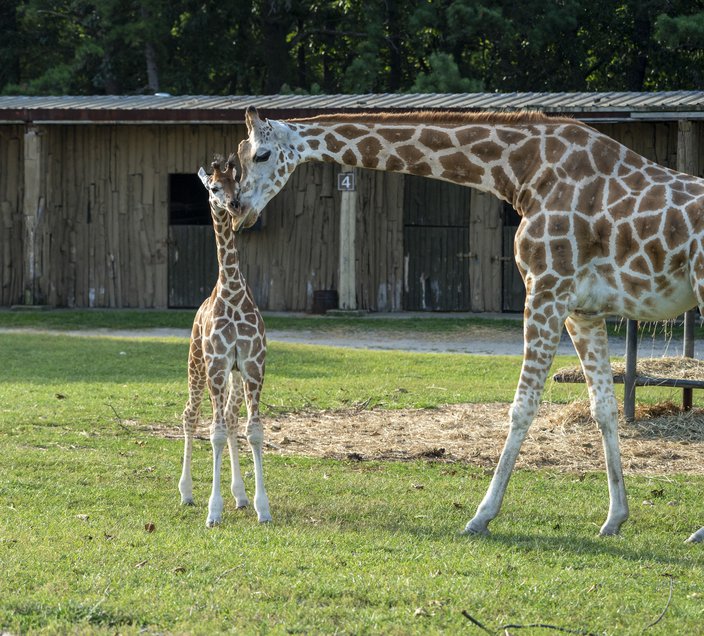 Baby giraffes are able to stand and walk within an hour of being born. The animals also sleep and give birth while standing.

Somali giraffes, also known as reticulated giraffes, are native to northeastern Kenya, southern Ethiopia, and Somalia. They have a distinctive coat patterns that feature red-brown patches outlined with thin white lines. "Their spots are unique like a fingerprint, which is how we can tell them apart," Keiffer said. 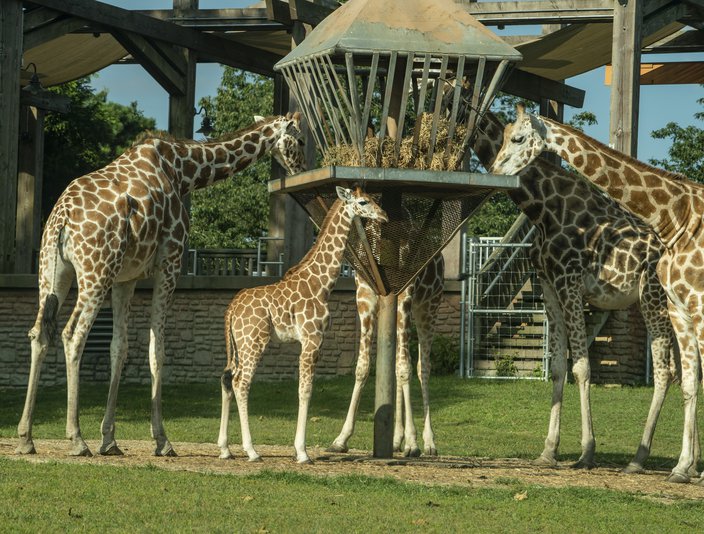 The world's giraffe population has decreased by nearly 40% during the last 30 years due to habitat loss, illegal hunting, and other forms of human-wildlife conflict, according to the International Union for Conservation of Nature, and species are considered to be "vulnerable to extinction" with less than 100,000 animals in the wild. There currently are 12 giraffes living in the Wild Safari's habitat.