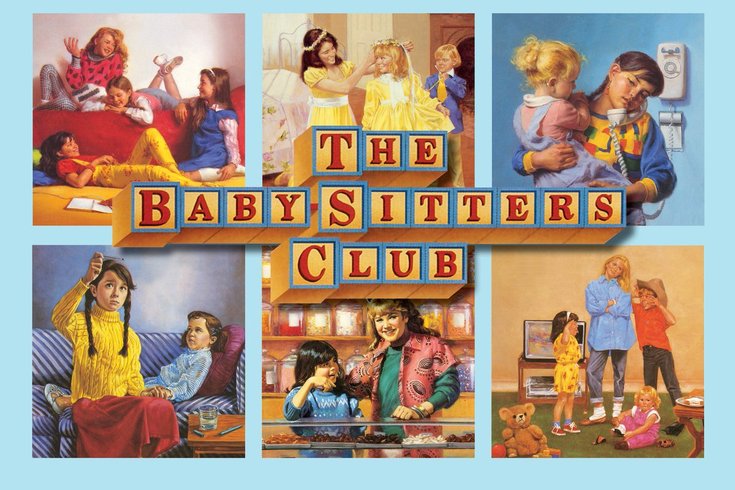 "The Baby-Sitters Club" is headed to Netflix.

Netflix is bringing in a plethora of new titles, and one of them is ‘90s kid favorite “The Baby-Sitter’s Club.”

The streaming giant has ordered 10 episodes for season 1. Lucia Anielle ("Broad City") will direct and exec produce while Rachel Shukert ("Glow") will serve as showrunner.

Originally a book series created by Ann M. Martin, HBO ordered one season of the TV series in 1990, produced by Scholastic Corporation. (Like, duh. Who didn't buy "The Baby-Sitters Club" books at the Scholastic Book Fair?) While only one season was ordered, the show was played in syndication on both the Disney Channel and Nickelodeon in the 1990s.

In 1995 a feature film was released staring '90s teen idols, Rachel Leigh Cook ("She's All That") and Larisa Oleynik ("Secret World of Alex Mack," "10 Things I Hate About You").

First published in 1986, Martin wrote 35 books in the series. The series would continue to produce more than 200 titles with the help of other writers and has sold more than 180 million books worldwide.

"The themes of The Baby-Sitters Club  still resonate 30 years after the original book series was released, and there has never been a more opportune time to tell an aspirational story about empowering young female entrepreneurs," said Melissa Cobb at Netflix in a statement. "Together with Ann M. Martin and the team at Walden Media, our ambition is to contemporize the storylines and adventures of this iconic group of girlfriends to reflect modern-day issues.”