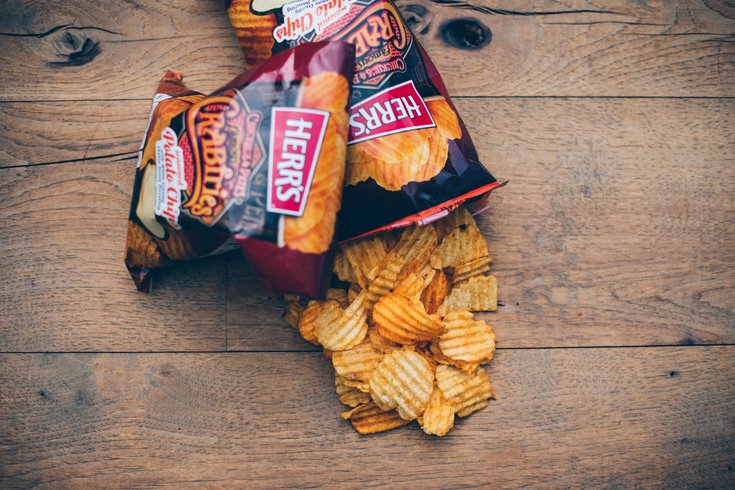 Welcome to the inaugural edition of Bad For You, the column where we eat and review the latest in junk and fast food technology so you don't have to. My name is Bryan Bierman, and I will be your guide through the high-caloric unknown. For the past 27 years, I have refined my palate for the best and absolute worst snacks the food industry has to offer — a connoisseur of crap, if you will.

In my snack-related travels, I have come across few items as tantalizing as the original Chickie’s & Pete’s Crabfries. The orange-gold of the seasoned crinkle-cut french fries combined with the gooey white cheddar cheese sauce makes for pure junk food bliss. It’s what made owner Pete Ciarrocchi Jr. rich (in addition to systematically subjecting employees to what the U.S. Department of Labor described as “the largest wage-and-tip violation case in agency history”). (But mostly it was the fries.) The trademarked snack has become so popular, it’s now available all over, from Spruce Street Harbor Park to Pittsburgh’s PNC Park, even a Missouri water park.

For those who don’t have access to a licensed Crabfries dealer or just don’t want to shell out the money, Herr’s chip edition is a cheaper alternative that promises to “replicate the full flavor of the Famous Crabfries experience." But can it really make the tater transition with its iconic essence intact? 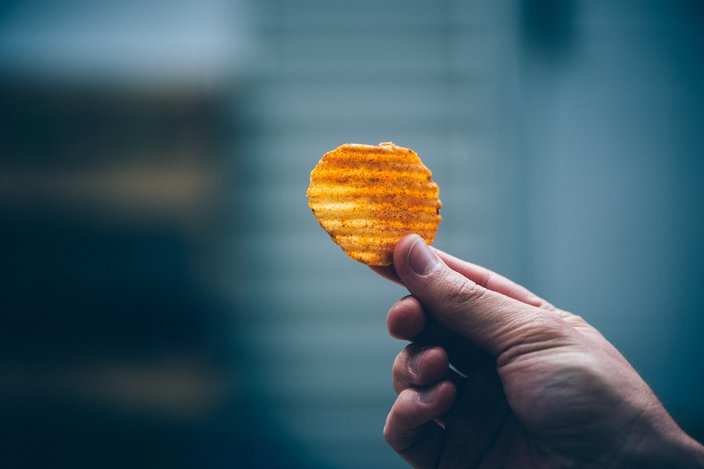 A Herr's Chickie's & Pete's Famous Crabfries Seasoned Potato Chip is held up to the light like the Staff of Ra.

Aesthetically, Herr’s did a fantastic job of keeping the look of the Crabfries for its adaptation, the rippled chips being an especially nice attention to detail. The packaging recalls the original cup design, and opening the bag releases the familiar smell of their seasoning. While Chickie’s & Pete’s creation is strongly indebted to the famous Old Bay spice blend, there are subtle differences. To compare, I also sampled Herr’s Old Bay seasoned chips, which were a bit more vinegary, causing the more heavily seasoned chips to occasionally leave pangs of bitterness.

The obvious and most significant difference between the Old Bay and Crabfries chips is the “white creamy cheese sauce flavoring” of the latter, and let’s be honest, it’s the sauce that really makes the original what it is. Hidden amidst the cheese lies the true magic of Crabfries; nailing that is the true test of the chip.

In execution, the cheese sauce flavoring of Herr’s version manages to simultaneously be the chip’s greatest strength and yet, ultimately, serves as a pale reminder of its fry predecessor’s superiority. While Herr's does a fine job of hitting all the right flavor tones, there’s just nothing like dipping into the warm, melty, creamy, liquid white-gold. In spite of this setback, the Crabfries’ recipe is strong enough for the remake to do it justice, carving out a potato chip niche as a tasty, though unnecessary surrogate.

The Verdict: Judging them on their own, Herr’s Crabfries chips are a unique and worthy addition to the company’s pantheon of snacks, far surpassing the previous comparable Old Bay flavor. However, if the original Crabfries are within your reach, do yourself a favor and revel in their taste paradise instead.