Bagels & Co. to give away free bagels and coffee at grand opening in Fishtown 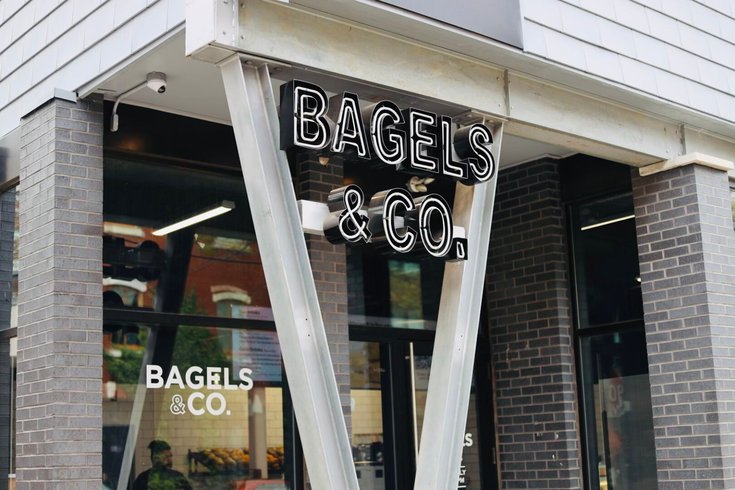 Bagels & Co. will give away bagels and coffee on Nov. 18-19 as part of the opening of its Fishtown shop, located at 1317 Frankford Ave. The shop will debut a sandwich called the "Frankford Ave," made with turkey and pepper jack cheese.

Bagels & Co. is officially opening its second location in Fishtown on Friday, and its team is planning to give out free bagels and coffee to celebrate the shop's continued expansion across Philadelphia.

The new bagel shop, located at 1317 Frankford Ave. in the trendy North Philly neighborhood, is one of six new locations planned for the city over the next few months. New spots are expected to pop up in Brewerytown, Rittenhouse, Center City, Midtown Village and near Temple University's campus by the start of the new year.

On Bagel & Co.'s Friday morning opening, the new Fishtown location will host a bagel and cream cheese giveaway with no purchase necessary from 8 to 10 a.m. On Saturday, the grand opening continues with free coffee available from 9:30 a.m. until noon.

The celebration will roll into for Small Business Saturday on Nov. 26, with Bagels & Co. offering a free $10 gift card when customers purchase a $50 gift card, plus a free small hot or iced coffee when customers show a receipt of $20 or more from shopping local from an independent business in Fishtown, Kensington or Northern Liberties.

Each new Bagels & Co. location will have its own exclusive sandwich inspired by each neighborhood. In Fishtown, that sandwich is the "Frankford Ave," made with jerk turkey, pepper jack cheese, bacon, mozzarella, mayo and red wine vinegar. At its flagship location in Northern Liberties, the exclusive sandwich includes a choice of any bagel with fried eggs, provolone, pickled onions, tomato and lemon aioli.

The bagel, coffee and lunch spot will be open daily from 7 a.m. until 3 p.m. in Fishtown and Northern Liberties.

Just in time for its grand opening in Fishtown, Bagels & Co. will debut its seasonal beverage lineup, available in all of its stores through the end of winter. Check out the offerings below.

"Fishtown and Northern Liberties are two of the hottest and fastest growing food neighborhoods in Philadelphia," said Derek Gibbons, co-owner of Glu Hospitality. "The (Fishtown) location came on the main strip along Girard Avenue and we couldn't say no. We see a ton of foot traffic to Northern Liberties from this area, and customers have requested time and time again for us to bring Bagels & Co. across Girard. We are thrilled to expand our footprint in Fishtown and hopefully we will have more news to come."

Bagels & Co. was a pandemic shift for Glu Hospitality, the group that manages restaurants like Izakaya by Yanaga, Figo and Leda's Cocktail Lounge. Its first location opened in Northern Liberties in 2020, directly across the street from SET NoLibs and a few doors down from Anejo Philadelphia, two restaurants also managed by the group.

When Glu Hospitality was forced to shut down its bar and club concepts at the beginning of the pandemic, they looked for ways to keep their businesses afloat and continue growth across the city. In came Bagels & Co., the restaurant group's first fast casual, daytime cafe. Its flagship location in Northern Liberties has increased in popularity even as dining has returned, which led Gibbons and co-owner Tim Lu to look for expansion opportunities.

"This is just the beginning, we are in the final stages of signing and sealing up two more locations as we speak — with a goal to open 5 to 10 locations a year," said Gibbons. "We have also gotten requests to bring Bagels & Co. to other states — which is exciting and crazy! We are so thankful for the neighborhood support in Northern Liberties, and we can't wait to meet our new neighbors in Fishtown — and beyond."

Though not much information has been made available, Glu Hospitality is planning to announce Bagel & Co.'s national expansion after its Philly shops have all opened.