'The Watcher' will return for a second season, Netflix announces

The series, based on a New Jersey family's experiences with an anonymous stalker, has been a top show on the streaming service since its Oct. 13 release 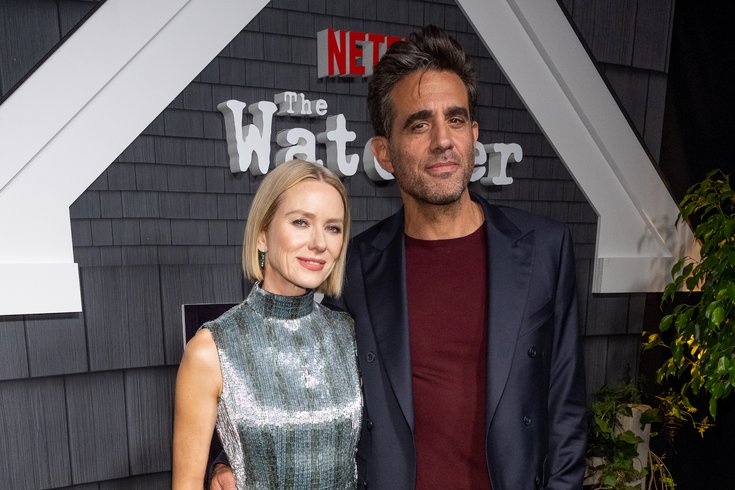 Following a successful first season, Netflix has announced that its mystery thriller "The Watcher," based loosely on a New Jersey family's experiences with an anonymous stalker, will return for a second season. Above, Naomi Watts and Bobby Cannavale star in the series as Nora and Dean Brannock.

Fans of a certain horror series loosely based on the true story of a New Jersey family will have more thrills and chills to look forward to in the future.

Following a successful first season, Netflix has announced that its mystery thriller "The Watcher," co-created by Ryan Murphy, of "Glee" and "American Horror Story," will return for another season.

Netflix announced the news via Twitter. The streaming service noted that Murphy's blowout hit "DAHMER - Monster: The Jeffrey Dahmer Story" will be getting two more installments, and mentioned that "The Watcher" had been greenlit for a second season as well.

Following the record-breaking success of DAHMER - Monster: The Jeffrey Dahmer Story, Ryan Murphy & Ian Brennan will create two more installments that will focus on other monstrous figures who have impacted society.

A second season of The Watcher has also been greenlit! pic.twitter.com/NmFdj6soJj

"The Watcher" stars Naomi Watts, Bobby Cannavale, Jennifer Coolidge and Mia Farrow. The thriller series was co-created by Murphy and Ian Brennan, and is loosely based upon the chilling ordeal of Derek and Maria Broaddus and their children at 657 Boulevard in Westfield, New Jersey, which was chronicled in New York Magazine's The Cut.

Shortly after moving into the six-bedroom home in June 2014, the Broadduses began receiving alarming letters from someone calling themselves "The Watcher," who claimed to be keeping an eye on the house. The family spiraled into anxiety and fear as increasingly-threatening letters continued showing up, offering specific details about the Broaddus children and expressing anger over renovations on the home.

The family conducted their own investigations and got the police, private investigators and FBI involved in attempts to find out the identity of their stalker. Each lead ran into a dead end due to a lack of evidence, and to this day the identity of "The Watcher" remains unknown. After years of harassment, isolation and media attention, the Broadduses were forced to sell the Dutch Colonial revival in July 2019 for around $400,000 less than they bought it for.

In the Netflix series, the couple's names are changed to Dean (Cannavale) and Nora (Watts) Brannock. The family puts all their savings into their dream home, but upon arrival, they find a less-than-welcoming neighborhood full of nosy and standoffish residents. Things take a turn toward the sinister when the family starts receiving terrorizing letters from someone called "The Watcher."

The Netflix series stays true to the family-versus-stalker narrative, but fictionalizes much of the drama. It adds characters, circumstances and even murders with no real basis in reality. Much like the real story, though, Season 1 left viewers without any solid answers on the identity of "The Watcher." Instead, viewers saw Dean descend into madness, becoming a bit of a stalker himself, as his family attempts to move forward with their lives in their new apartment in New York City.

Netflix viewers didn't seem to mind the embellishments upon the real story -- "The Watcher" was viewed for 125 million hours during its first 5 days of streaming. During the week of Oct. 10 through Oct. 16, "The Watcher" cruised to a win in Nielsen’s streaming rankings, more than doubling the viewership of runner-up "The Lord of the Rings: The Rings of Power" on Prime Video, according to Deadline. This marks Murphy's second top show in less than a month after the release of "Dahmer."

The story has also made waves in pop culture, being parodied on the Nov. 5 episode of Saturday Night Live in a sketch called "The Looker" starring host Amy Schumer.

While waiting for further information on the next season of "The Watcher," brave viewers can check out all seven episodes of the first season on Netflix.