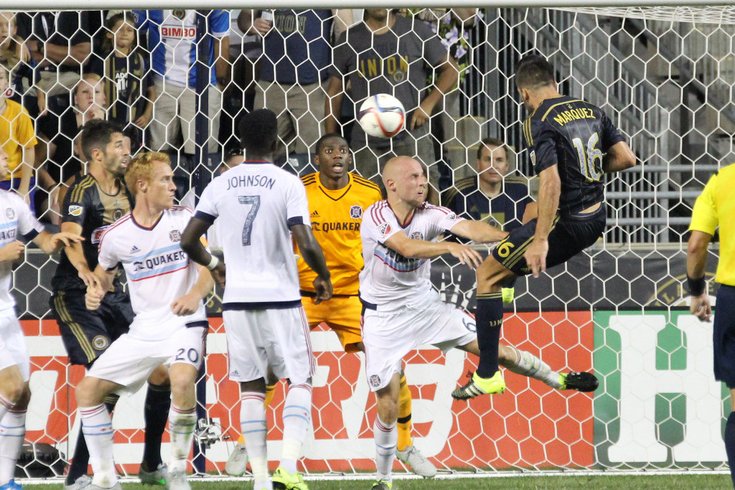 Every year, the MLS Player's Union publishes a comprehensive list of salary information.

Here's the Union section, featuring the player's base salary number on the left and guaranteed salary on the right.

For the most part, the numbers are accurate. We're provided with the two key salary numbers you see above.

There are, however, other factors that we know nothing about, such as performance bonuses and appearance fee totals. There are non-soccer items to consider when thinking about how much take-home pay an athlete actually earns.

But the data is good enough for internet discussion purposes, so let's jump into it.

1. Gotta get those GA contracts

Take a look at what these three rookies make:

Rosenberry has outperformed the other guys, so why is he making half as much money? He wasn't a member of this Generation Adidas (GA) class.

GA players don't cost you anything against the salary cap, so right now the Union is basically putting these guys on the field for free. Rosenberry's $62.5k is an absolute steal, and the other guys will be "free" for at least two more seasons.

The one downside of GA is that when players come off the program, they hit a higher number for their next contract.

One of the spots where the Union shines is comparative salary and threshhold for starting-caliber, veteran players.

Philly has been very smart with these mid-range contracts. The Ilsinho and Alberg signings were completed with targeted allocation money, and Sapong signed a new contract before the season began, and before he started banging in goals. Le Toux's contract only hits at $300k.

There are no outliers here. Everything is nice and tidy, with structure and purpose.

Orlando is paying the same for Antonio Nocerino as the Union is for Tranquillo Barnetta. Good deal

Richie Marquez at $63,000 is a steal. It is so much of a steal, that it's borderline offensive. I'm offended.

Generation Adidas players don't count against the salary cap, as I mentioned before.

That is absolutely ridiculous, especially considering the fact that those five players have allowed the fewest goals of any defense in the eastern conference.

4. Pontius is not a problem

The collective Union community balked at the $400,000 price tag that Pontius brought him with to Philly.

D.C. is paying a portion of his salary, so that's certainly a positive. But he's still hitting the cap at a big number.

No worries, though, because he's been excellent this year. His production of 4g/2a is well worth the 400k number, and he's been able to stay healthy and stay on the field.

This was a gamble that, at least so far, has worked out for the Union. If Pontius had come in and re-injured himself, you'd be saddled with a relatively large number.

He's earned every bit of his contract this season.

Walter Restrepo and Anderson are eating up about $275,000 on the bench, which admittedly isn't that much money. Mike Lahoud is out on loan. Maurice Edu, the team's only DP, is hitting the cap for max charge with a contract in the $700,000 range.

I certainly feel like Mo is worth that price, especially when you look at some of the dollars being thrown at other players around the league. $800k for Kennedy Igboananike? $700,000 for Graham Zusi? $1.2M for Pedro Morales?

Edu hits right around the same number that Roger Espinoza and Mix Diskerud are making. For a World Cup veteran, and USMNT quality player, I don't have a problem with it. I still think Edu tops the Union depth chart at two different positions.

The Rapids will pay Tim Howard more than two million dollars when he joins this summer.

Similar to Philly, their defense is outperforming salary numbers. Colorado is the only team in MLS to concede fewer than 10 goals.

It's funny to think, then, that Axel Sjoberg is making around $70k. Bobby Burling is on $110k. Marc Burch rakes in the dough at $120k. Mekeil Williams earns $85k. Eric Miller I think is still on a rookie deal.

Go figure then, that Philly and Colorado, the best defenses in the league per GAA, are the also the best bargains dollar-wise.