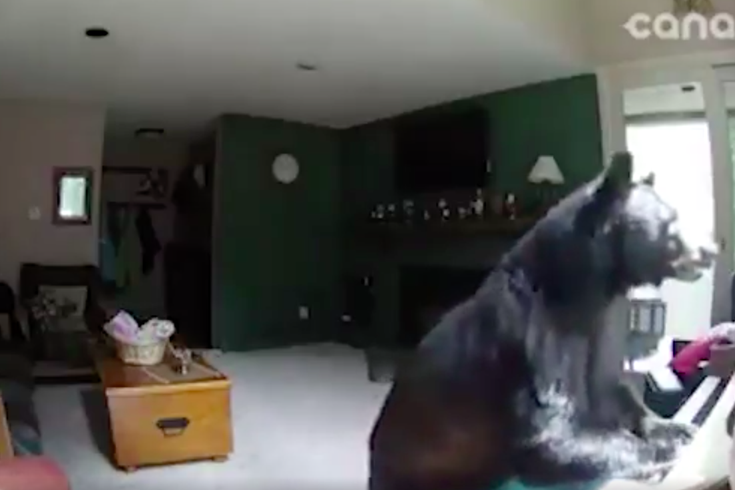 The bears are learning new talents.

In our continuing coverage of #BearWatch2017, we travel all the way from the recent sighting in Doylestown to Colorado, where a bear was caught on tape taking a short musical break during a home invasion.

According to a local FOX affiliate, homeowners in the town of Vail recently returned to find their place trashed. After reviewing security footage, they discovered a bear had entered through an open window.

What was recorded is possibly one of the most eerie videos you will ever see of a bear. Per FOX 32:

A security camera was rolling as the bear roamed around the living room. At one point, you can see the bear get up on the piano and look outside, striking the keys as it peered out the window. The bear continued into the kitchen and into a bedroom.

It should be noted that the bear in question is not to be confused with teenage piano prodigy Emily Bear:

No, this was in fact a real bear, one that added a haunting melody to its tour of a residence.

This has been the latest edition of #BearWatch2017.