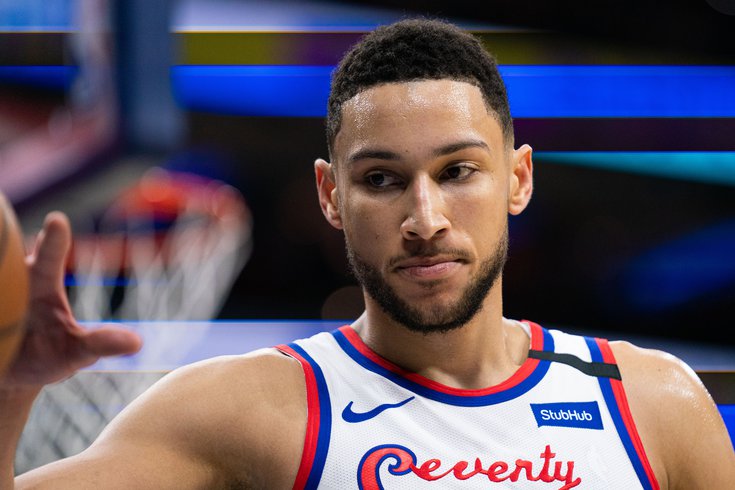 Over the last half-decade, the Sixers have given their fans a chance to become familiar with all sorts of medical terminology. Between navicular bone issues for Joel Embiid, thoracic outlet syndrome for Markelle Fultz, and now nerve impingement in the lower back of Ben Simmons, the Philadelphia area has (I presume) given Google a workout.

So why not get the word from an actual expert? On Wednesday morning, PhillyVoice spoke with Roxanne Smith, a board-certified sports and orthopedic physical therapist who has been with NovaCare Rehabilitation for the last 16 years. Smith manages multiple NovaCare clinics in the Philadelphia area in addition to providing physical therapy services to Villanova University, where she's part of the sports medicine team.

Smith was kind enough to offer a few minutes of her time to discuss what a nerve impingement actually is, potential causes, and much more. Below is a transcript of our conversation.

What does it actually mean when we're told Ben Simmons has a nerve impingement?

Smith: If you talk about the lumbar spine, you have bones that stack up on each other, vertebrae. In between each level of the bones, you have a pair of nerves that come out on each side, and they go to innervate the lower leg and that type of thing. What happens when you have a nerve impingement is there’s some type of injury where a nerve gets compressed or pinched.

Many things can happen and occur to have that type of injury. it could be that he was hit in the back and twisted suddenly, it could be a disc that’s inflamed, it could be many different reasons why that would occur. Short version of the story is when you have something like that, there’s a lot of inflammation involved.

The nerve doesn’t like to be pressed on, and if it is pressed on you’ll have a lot of issues, like significant pain that can radiate to your lower leg, you can have weakness in muscles that are associated with that nerve root, you can also have sensation changes in the leg as well, and all those things are telling you the nerve is compressed or pinched.

And so the way you treat that is to decrease the inflammation of the nerve and allow all of those symptoms to resolve, and if you don’t treat that and it ends up getting worse, you can have some type of nerve damage if you try to ignore it. So I think they’re trying to get his symptoms under control and make him pain free as possible, and if there any of those issues or changes, to make sure they’re addressing those to get him back to full function.

When we spoke with the team yesterday, we asked whether they knew if this impingement was a product of a bigger issue (e.g. the inflamed disc possibility you mentioned). Is there any reason they wouldn’t know what the root cause is yet, whether it’s the result of swelling, etc.?

Smith: A lot of times in the acute phase of an injury, you have to wait for that initial inflammation to settle down before you can really get to the root cause of what’s going on, so it’s really at the doctor’s discretion of what they’re going to do to investigate the issue.

I can tell you they’ve probably isolated that he has, if it’s an impinged nerve, they can identity based on the pattern of pain and weakness what section it is so they can treat it appropriately with management. You treat it all the same, the most important part is to get rid of any radicular symptoms you have, and those are symptoms that radiate into the leg and cause weakness and things like that, you need to manage those no matter what the diagnosis is.

How would you weigh the chances of this being a short-term vs. long-term problem?

Smith: I think it’s going to depend on how he responds in the next two weeks to the treatment that they do to determine what the prognosis is.

Most often nerve impingement can be very short-lived, it really depends on what the cause is, but the treatment, in the beginning, is the same. The goal is to decrease the inflammation, make him comfortable, and to strengthen what is weak, and to improve the nerve mobility and make sure nothing is pressing on the nerve.

It's a lot of 'Time will tell,' if the symptoms resolve pretty quickly, then we know we’re on a good track and we know he should be ready to rock. But we need to get through this inflammatory phase and just get everything to settle down first.

It sounds to me like the upshot is that a lot of this early period is exploratory and trying to isolate what the issue is.

Smith: Yeah, what they’ll do is they’re going to put him through treatment to see what helps to decrease the symptoms he has that are related to the nerve. If those treatments work, we know we’re on the right path.

It really doesn’t matter the structure as long as the pain is going down and any weakness or changes he has are resolving, because it could be you twist it funny and [the nerve] got mad, now it just needs to decrease inflammation and then he’ll be totally fine. A lot of it right now is just a waiting game and time will tell, but we have to get through this inflammatory phase and make sure he calms down what’s irritating the nerve.

It’s always hard to know what is going to happen when you have something that’s so inflamed how it’s going to respond. So a lot of it is time, a lot of it is just seeing what happens with how the symptoms progress.

They gave us a two-week timeline before they say he will be reevaluated. Is that industry-standard for this sort of issue?

Smith: I would say that’s standard time, you get the first week to really calm down everything, the second week to be productive, and then assess where he’s at as far as readiness for any return.