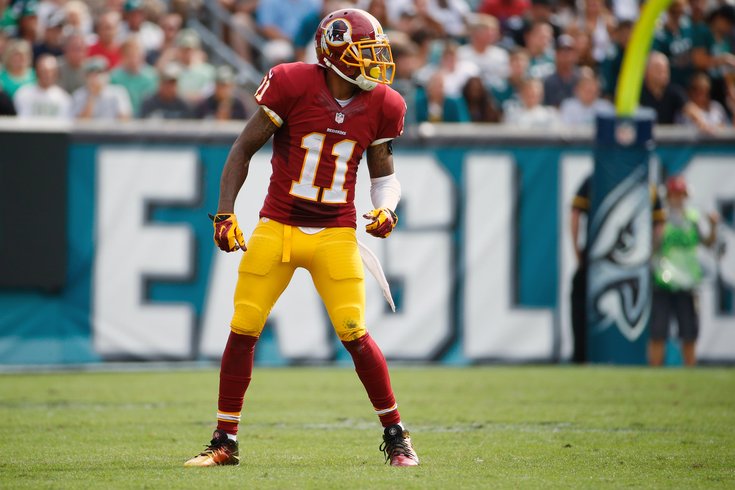 DeSean's life would have been far more interesting to follow last March.

We'll take a break from the overload of Mariota rumors and take a peek into what's going on in the life of the hottest Eagles topic of a year ago, Mr. DeSean Jackson. The various women who assist in Jackson's day-to-day life will star alongside Jackson in a new reality show on BET, called "DeSean Jackson: Home Team." A description of the show, via Variety (with a h/t to The Washington Post):

DESEAN JACKSON: HOME TEAM — Washington Redskins wide receiver DeSean Jackson is at the top of his game as one of the most talked about and watched players in the NFL today. That means eyes are always on him— waiting for him to score touchdowns and waiting for him to drop the ball off the field. Even though he has the money and the fame, DeSean’s life is actually run by a core group of women including his “momager” Gayle, his sister and assistant A’Dreea, his publicist Denise and his new girlfriend, Kayla. Produced by Rogue Atlas Productions in association with Lionsgate Television. Eli Frankel, Ryan Holcomb, Elise Duran, Desean Jackson and Byron Jackson serve as executive producers. Jay Fragus and Lawrence Bell serve as co-executive producers.

DeSean Jackson was of course unceremoniously dumped by the Eagles last offseason, because #Culture. Jackson's off-the-field persona was among the most discussed topics last year by Eagles fans, and yet, it remains somewhat enigmatic. Jackson and his brother Byron are executive producers of the show, so I wouldn't expect anything too unflattering to appear in the portrayal of DeSean's world, but it should be interesting to get a glimpse of him off the field nevertheless.

Obviously, this would have been far more awesome a year ago.