WATCH: Jerome Bettis says Shady will 'have a lot of options' at females only party

Former Eagles running back and current Buffalo Bill LeSean McCoy turned the collective head of the internet Thursday when he announced he's hosting a party in Philadelphia that has a very specific requirement for potential guests. 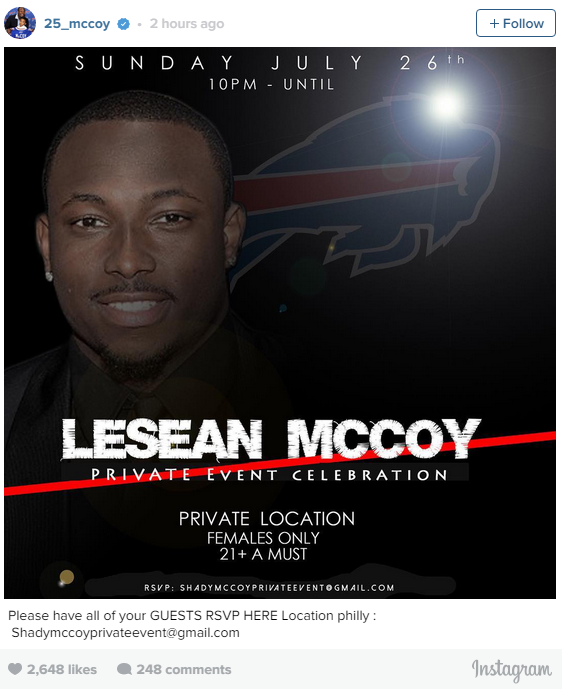 Shady posted on Instagram some vague details for a females-only party -- a party that PhillyVoice's Eagles writer Jimmy Kempski is most definitely getting into, by the way -- at an unspecified location on Sunday, July 26.

While former Pittsburgh Steelers running back Jerome Bettis has no real connection to Shady other than the fact he played the same position, that didn't stop a TMZ paparazzo from asking him about the party. Bettis told the cameraman that is sounded like he'd have a good time, but he wasn't so sure about everyone else in attendance. Watch the video below:

To be fair, McCoy will not be the only male in attendance. According to Philly.com, some of his male friends will be accompanying him to the shindig. One of whom, most likely, will not be Jimmy.

Bettis has been in the press recently after giving an interview in which he detailed his rough childhood growing up in Detroit. The former NFL star told Graham Bensinger how drugs and violence were prominent in his neighborhood and how his family struggled with money.