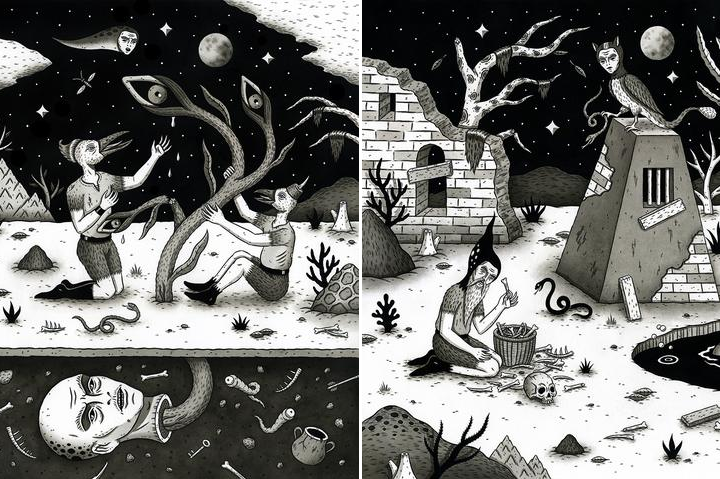 A sneak peak of the "Growth" and "Decay" works in the exhibit. These pieces were created by Jon MacNair.

Two themes. Two cities. Thirty-two artists were each asked to create two pieces, one about "Growth" and one about "Decay."  The pieces on "Growth" will be featured at South Philly's Paradigm Gallery + Studio beginning June 24, while the "Decay" pieces will be showcased at Antler Gallery in Portland a week later.

The friendship between the West Coast and East Coast galleries stemmed from working with a handful of the same artists. Caitlin McCormack, Drew Leshko and Jeremy Hush are among the Philadelphia-based artists who exhibit with both spaces.

Since both galleries have similar tastes in art, they decided to pair up for a bicoastal exhibit. Philly gets a chance to discover new Portland artists and vice versa.

For those interested in seeing the pieces side-by-side, since Portland isn't exactly nearby, Paradigm Gallery + Studio's website features a sneak peak of the artists' work. 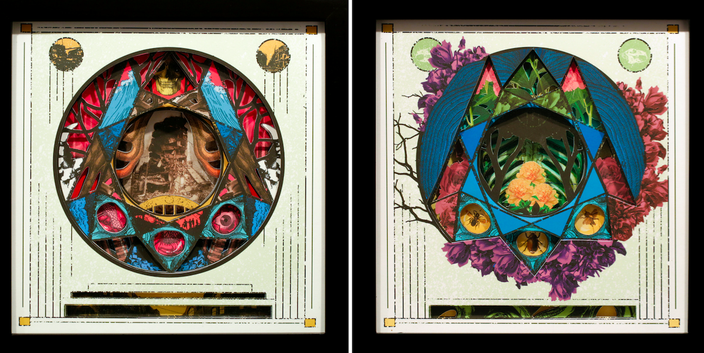 Here is work created by Alex Eckman-Lawn for the exhibit.