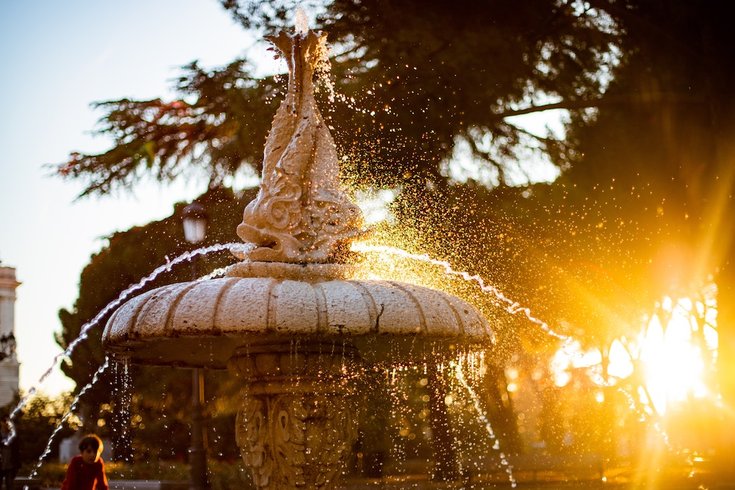 Science is a marvelous thing. It has the ability to make a huge difference in the quality of life of many people. But, yes, sometimes it takes some weird steps to get there.

For example, to fight aging, some people are getting transfusions with the blood of younger people.

While you pick your jaw up off of the floor, here’s the scoop:

According to multiple reports, Jesse Karmazin founded Ambrosia Medical in 2016, a company that will infuse you with one to two liters of plasma from a 16- to 25-year-old donor.

So far, Karmazin claims that many of his 150 patients report feeling and performing better from just one treatment annually, Men's Health reports. All for the low, low price of up to $12,000 per treatment. Ambrosia's treatments are currently available in Phoenix, Los Angeles, San Francisco, Tampa, Omaha and Houston.

RELATED READ: This smoothie recipe squeezes in 3 veggies and TONS of antioxidants

As crazy (and all sorts of other adjectives) as this sounds, this form of anti-aging is kind of backed by science — as opposed to other methods of feeling or looking younger, like semen facials.

Karmazin’s method pulls from parabiosis, which actually dates back to the late-1800s. According to the National Institutes of Health parabiosis, the procedure of joining two animals so that they share each other's blood circulation, has revitalized the concept of blood as a putative drug. Since 2005, a number of papers have reported the anti-aging effect of heterochronic parabiosis, seen by joining an aged mouse to a young partner. In fact, many experiments have displayed the promise of this process — in mice, at least.

The theory is that young plasma dilutes pro-inflammatories in old blood that may keep you from making progenitor cells — organ repairers – that become less active as you age, Men’s Health states.

Naturally, Karmazin has performed his own human study on the matter. He gathered and examined data from 81 patients — who funded their own treatments — and reportedly claims to have discovered improvement in markers for Alzheimer’s, inflammation, and heart disease.

It's fair to say there is healthy skepticism among scientists since there is no evidence and no published results so far that young plasma can actually do any of that.

“As far as I know, the science hasn’t changed,” Michael Conboy, a bioengineering researcher at the University of California at Berkeley, tells Popular Science.

Meanwhile, with the literature of Karmazin’s study slated to publish sometime in 2019, it’s probably best to wait and see if real evidence materializes — especially for that amount of money.