Journalists, lawyers, political strategists and non-profits appear to be covered by unprecedented ruling 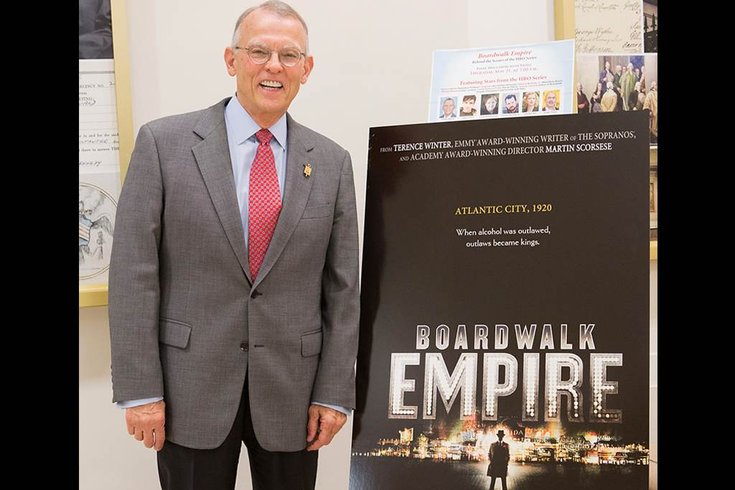 Superior Court Judge Nelson Johnson, the author of the book “Boardwalk Empire” that spawned the HBO series, found that residents from other states lack standing to make requests under the Open Public Records Act, or OPRA.

A former First Amendment lawyer who is now a New Jersey judge ruled Tuesday that residents of other states have no right to access government records.

Johnson is the author of the book “Boardwalk Empire,” which became a breakout HBO series of the same name, detailing the political corruption of Atlantic City and Atlantic County.

Before taking the bench, Johnson was a First Amendment and press rights lawyer for The Press of Atlantic City newspaper.

The judge is on vacation and could not be reached for comment on Wednesday.

While sparked by one individual gadfly requester, the ruling appears to affect other categories of requesters, such as non-profit agencies, policy think tanks, journalists, lawyers, political strategists, insurance companies and marketers, among others.

Only four other states – Delaware, Virginia, Arkansas and Tennessee – have similar rules barring non-residents from getting documents, according to Laura Derringer of the National Freedom of Information Coalition.

“It’s kind of silly,” Derringer said of the ruling made on Tuesday.

Ironically, it was a Tennessee resident, U.S. Senator Estes Kefauver, using the subpoena power of his office to obtain documents, who was among the first to expose Atlantic City corruption in the 1950s. Journalists based in New Jersey largely ignored the corruption chronicled by Johnson.

Mark Horvit, executive director of the Investigative Reporters and Editors, an organization of journalists who routinely make requests for records from out of their home states, called the ruling “a terrible trend.”

He said IRE members overcome prohibitions in other states by having colleagues living within the states file requests on their behalf.

The unprecedented ruling by Johnson was based on more than 100 requests filed by former New Jersey resident Harry Scheeler for information about Cape May's convention center and other issues.

Cape May officials hailed the ruling, according to The Press of Atlantic City. Their lawyer, Anthony Monzo, told The Press that the ruling was a victory for every local government in New Jersey.

"Scheeler has turned OPRA into a cottage industry and has made a career out of badgering records custodians statewide while sitting at his home in North Carolina," Monzo said to The Press.

Scheeler, a former resident of Woodbine, Cape May County, was a well-known gadfly and blogger, as well as a former journalist, in South Jersey before moving a few years ago to Concord, North Carolina, a suburb of Charlotte.

In his written opinion, the judge wrote:

"It's clear from Mr. Scheeler's certification that a non-taxpaying, noncitizen, with an oversized interest in New Jersey local politics wishes to assert equal claim to exercise statutory rights of New Jersey citizens to engage in the political processes of our state, without coming to our state, nor assuming any of the responsibilities or incurring the obligations of a citizen of New Jersey."

"Did the members of the New Jersey Legislature contemplate that they were authorizing an out-of-state gadfly to repeatedly bombard local governments with demands to produce public records?"

Scheeler, while a bane to government record custodians, has had success in uncovering buried information and also in winning legal cases based on requests for documents that were at first denied.

Johnson's ruling counteracts another recent state court decision favoring Scheeler. In December, another judge found that "any limitations on the right of access shall be construed in favor of the public's right of access."

Scheeler was awarded $18,000 in legal fees in that earlier case, which is being appealed.

Scheeler, who has had previous cases upheld before Johnson in the past, said out-of-state residents have many reasons to request public records, especially those who have vacation homes in New Jersey.

"It's surprising, I'm puzzled.. Overall, he's my favorite OPRA judge. He just made a bad call," said Scheeler, who will appeal the judge's decision.