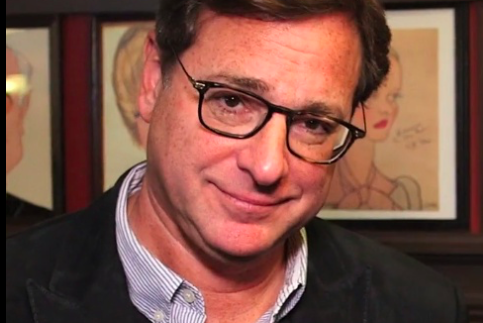 Saget spent years as host of the silly, family-friendly clips show before ABC eventually rebranded it as "AFV" and updated the concept for the internet age.

Series creator Vin Di Bona is now teaming up with Saget again for a mixture of comedy and hilarious clips, according to Variety.

“The show is basically built around Bob and his sensibility, his jokes — the one we know we’re going to be able to get on the air,” Di Bona said. “We’ve already had meetings with (ABC’s) censors, showing them the clips we have and for the most part we’re getting their blessing.”

Anyone familiar with Saget's stand-up and bit parts in movies like "Half-Baked" knows that his sanitized image in "Full House" and "America's Funniest Home Videos" was all a masterful act. The recently married actor is notoriously considered one of the most foul-mouthed and sexually explicit comics in the business.

Di Bona said most of today's clips come from cellphones rather than video cameras, a trend that has increased America's output of humorous material.

The show will eventually air at 10 p.m. when it debuts next year, though it's fair to wonder how far ABC will let Saget go. With competition from "Tosh.0" and "Ridiculousness," the bar has been set pretty high for the funny videos format. Only Bob Saget could make this a compelling series.