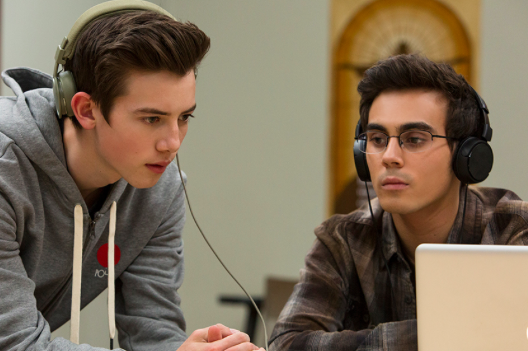 One of Netflix's most bingeworthy series will not see the light of a third season, the streaming service revealed on Friday.

"American Vandal," the true crime mockumentary series written by Exton-native Tony Yacenda and co-creator Dan Perrault, has been canceled after the recent release of its second season.

“‘American Vandal’ will not return for a third season,” Netflix said in a statement. “We’re very grateful to the creators, writers, cast and crew for bringing their innovative comedy to Netflix, and to the fans and critics who embraced its unique and unconventional humor.”

The series gained instant notoriety last year when it debuted with a blend of vulgar humor and narrative sophistication that eventually earned it a Peabody Award. In the first season, two students at the fictional Hanover High School investigate who was responsible 27 spray-painted phalluses on cars in the school parking lot.

Full of twists and turns, "American Vandal" was too irresistible not power through in one or two sittings.

The show's second season, returning documentarians Peter Maldonado (Tyler Alvarez) and Sam Ecklund (Griffin Gluck), somehow managed to get even dirtier. Another high school is besieged by an anonymous "Turd Burglar" whose antics begin when the school's lemonade is laced with a powerful laxative.

Despite the more nuanced social commentary that emerged out of the second season, Netflix has decided not to proceed with the series.

As Variety notes, the cancellation may have to do with the fact that outsiders CBS TV Studio produced "American Vandal," while Netflix prefers to keep everything in-house for longer-running series. It remains a possibility that the series reappears on another network in the future.