'The Curious Creations of Christine McConnell' is your favorite new, goth, baking comedy 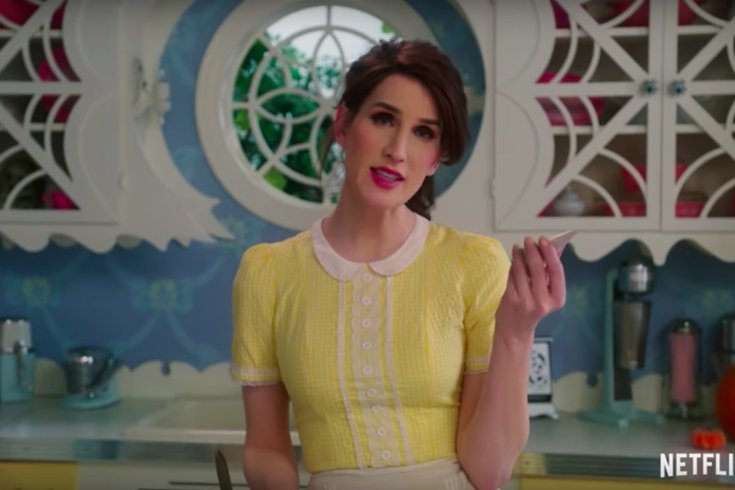 You may have already checked out the buzzy new how-to cooking show on Netflix, "Salt, Fat, Acid, Heat," but there's another culinary-themed option on the streaming service that's like a gothic Home Ec class on steroids.

"The Curious Creations of Christine McConnell" follows its titular character as she lives in a sprawling haunted mansion, generously sharing the digs with three puppets: a mummified Egyptian cat, a raccoon stitched together from road kill, and a werewolf.

McConnell herself is an Instagram star who went viral in 2015 for a very not-low-key redesign of her parents' house for Halloween.

The rest of her feed, which has amassed more than 350,000 followers, only unveils even more intricate creations – from shrine cakes to Freddie Mercury to handmade gowns to stunning (and eerie) photo essays.

I put a spell on you... and now
you're mine ✨🌙✨#HocusPocus@geniuskitchen pic.twitter.com/xMJOnKlevl

The show's star told Eater she was approached by many different production companies about doing a reality-based show, but she held out for something scripted.

RELATED: Where to go for some of the best pasta around Philly

Now three years after those first offers started coming in, McConnell has landed at her No. 1 choice with Netflix. The Jim Henson Co. also approached her for a collaboration, and Henson Alternative, the company's branch focused on adult comedy, created the show's puppets.

Though the show was released just last Friday, there is already talk of a second season – perhaps in time to capture all of McConnell's lavish holiday confections?

The six-episode season is now streaming on Netflix. Check out the trailer below.