Bradley Cooper comes home to premiere his new movie, 'A Star is Born' 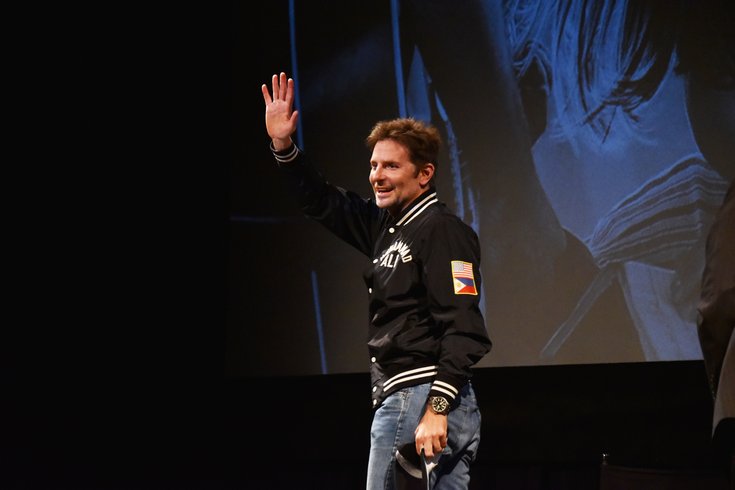 Bradley Cooper waves to the crowd at the Prince Theater on Sept. 12, 2018.

Bradley Cooper was born in Philadelphia, raised mostly in Jenkintown, and graduated from Germantown Academy. And you could say he's always kept his hometown close to him. Cooper starred in one iconic Philly movie (2012's "Silver Linings Playbook") in which he wore an Eagles jersey for the majority of the film, and spent the Super Bowl in February seated next to (and eventually celebrating with) Eagles owner Jeffrey Lurie.

Last night, as Cooper said he has long dreamed of doing, he brought his directorial debut, "A Star is Born," back to his hometown for a local premiere, before a full house at the Prince Theater in Center City. Afterward, Cooper sat for an on-stage interview with CBS3 anchorman Ukee Washington, and in the audience Q&A just about everyone who asked a question listed their hometown first. 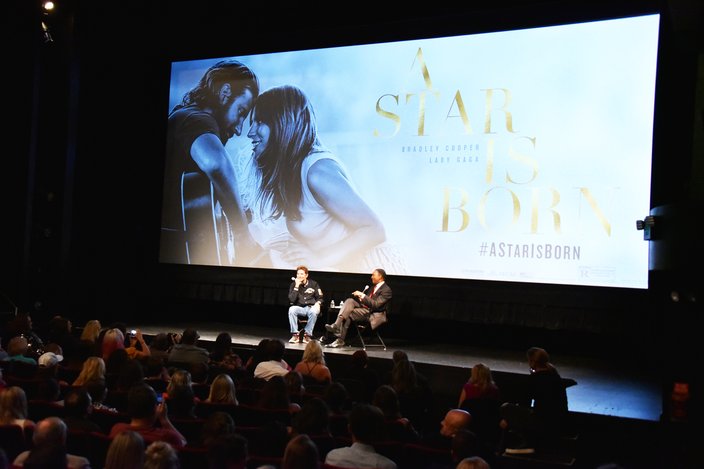 "When I was shooting the movie, I sort of dreamt about bringing it back home," Cooper told Washington on stage.

"So this is a big moment for me, so I can't thank you guys enough."

In "A Star is Born," which is at least the fourth big-screen version of a cinematic tale first told in 1934, Cooper stars as Jackson Maine, an aging, alcoholic country rock star. He meets Ally (Lady Gaga, in her first starring movie role), and the two soon become partners in music as well as love.

The film traces their relationship, as she slowly rises and he slowly falls, while also making time for more than a dozen original songs, some of which Cooper had a hand in writing. Cooper, who co-wrote the screenplay, also sings in the film, although he politely declined when asked to belt out a few bars during the Q&A.

"A Star is Born" earned rave reviews when it had its North American premiere a few days earlier at the Toronto Film Festival. It's seen as an early Oscar frontrunner, with Cooper likely in the running for acting, directing, writing, and possibly even songwriting and Gaga a multi-category contender as well.

Cooper also talked Wednesday about how he came to direct "A Star is Born," which was in the works for years and at one point was set to star Beyonce, with Clint Eastwood directing. But the project finally came together in 2015, with Cooper directing for the first time.

"As you get older, time is the biggest currency. I was 39 and I had all of these ideas running around my head," Cooper said.

"I had always wanted to be a director and I think I was just scared to do it, to put myself out there. It is a vulnerable thing, because if I'm going to tell a story, it better be truthful. But I just got to a point where I thought, I'm gonna do it." 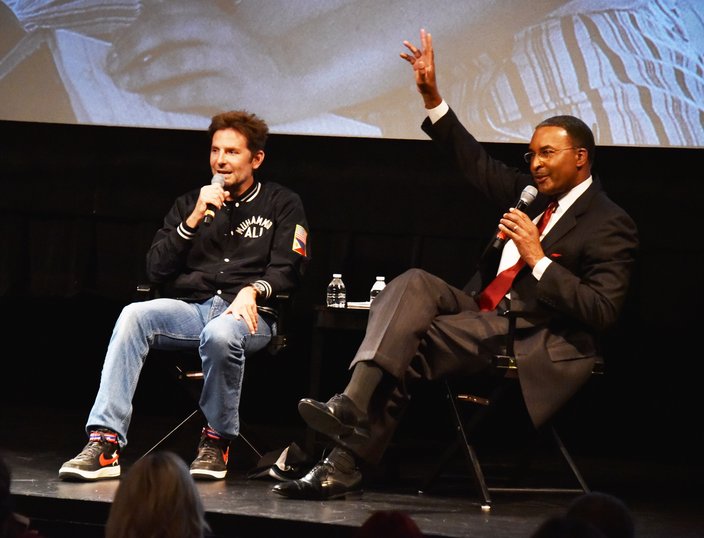 He also had nice things to say about his co-star, Gaga, who has show-stopping musical numbers at both the beginning and end of the film. Cooper cast the popular singer after meeting her at a charity benefit at which she sang "La Vie En Rose." Cooper ended up re-creating that scene for their first meeting in the movie, with the same song, although he moved the action to a drag bar.

"You know, [we] got lucky there, because this was a big swing for both us," Cooper said of Gaga.

It is a vulnerable thing, because if I'm going to tell a story, it better be truthful."

"We both had something to lose…There's something about being the foxhole with somebody else and not just yourself. It was the first time she had ever done a film, and the first time I had written and directed a movie, so it was nice to know there was that vulnerability with both of us."

The cast also includes Dave Chappelle as a musician friend of Cooper's, Andrew Dice Clay as Gaga's father, Sam Elliott as Cooper's much older brother, and "Hamilton" veteran Anthony Ramos as a friend of Gaga's.

Cooper said he believes the story has some universal themes.

"I always wanted to tell a story that could have been about any couple in any profession, and only reason why I chose to write these characters is because they were more cinematic, and the scope that could come with them being musicians," he said. 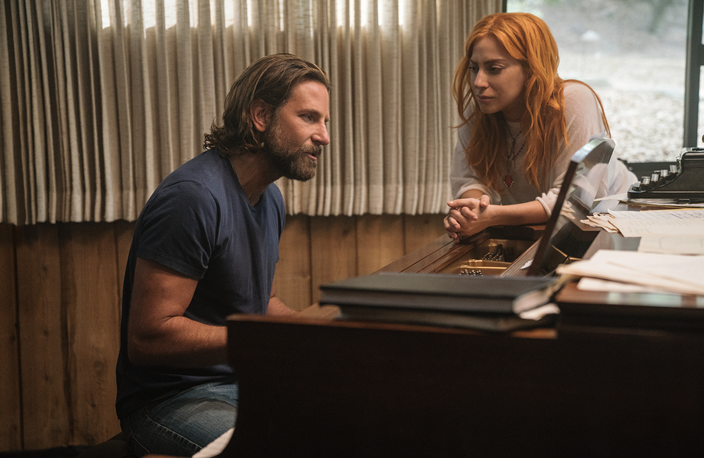 Bradley Cooper and Lady Gaga in “A Star is Born.”

The interview was not, in fact, Cooper's first meeting with Washington, as the actor appeared on "Rap Around," the local youth music TV show that Washington hosted in the late 1980s, though, unfortunately, it doesn't appear any video has survived of Cooper on the show. Cooper reminded Washington of their shared history when they met again when he was promoting "Wedding Crashers" in 2005.

During the Q&A, several audience members stated their hometown pride, and when one woman shared her personal tale of tragedy related to the addiction of a loved one, Cooper walked over and gave her a hug.

"You gotta know that every time we see you on the red carpet, on the awards shows, we are so freakin' proud of you, that we just sit and beam an say 'he's from our area.'"

"A Star is Born" opens in Philadelphia, and nationwide, Oct. 5.