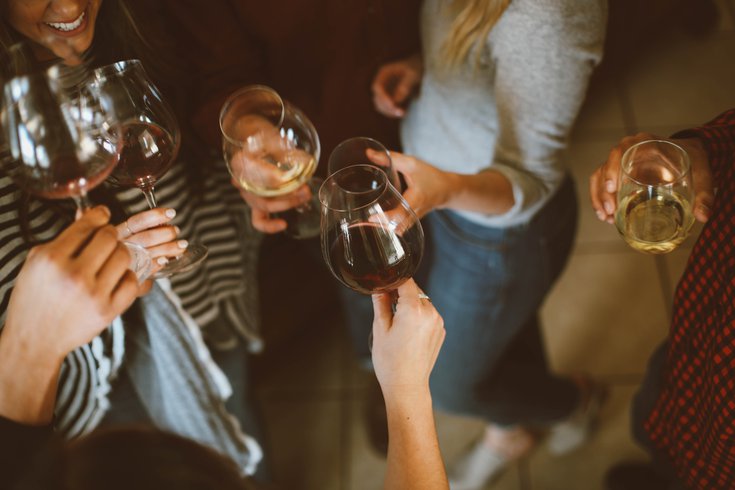 Just one drink a day raises a woman's breast cancer risk by 14%, according to the Alcohol Research Group. Each additional drink increases the risk further.

A social media campaign is urging women to drink less alcohol to protect their breasts from cancer.

That's where the Drink Less for Your Breasts campaign comes in. Launched by the Alcohol Research Group at the Public Health Institute in California, the social media campaign seeks to increase awareness of evidence that has been known for 30 years.

More than 100 studies have linked alcohol consumption to breast cancer risk. Based on that research, the campaign estimates that drinking one drink a day – the limit recommended by U.S. dietary guidelines – increases a woman's breast cancer risk by 14%. Each additional drink increases the risk further.

The Drink Less for Your Breasts campaign acknowledges that other factors also influence breast cancer risk, including family history. But it stresses that being a heavy drinker only increases that risk.

The campaign's main message to young women is: so many risk factors are beyond your control, including being born female, your genes and when you started menstruating. So why not control what you can?

"We're not saying give up alcohol completely, although if you do that, we applaud you!" the campaign's website states. "We're just saying, drink less for your breasts. They'll thank you for it."

One campaign video posted to Facebook shows a young woman dancing at a nightclub with a drink in hand. But when she goes to the restroom, she sees a glimpse of herself bald – a common side effect of chemotherapy. It ends with a simple message: "Alcohol increases your risk of breast cancer."

Girl in the Mirror

Alcohol increases your risk of breast cancer. Take care of yourself by learning more about the risk then share this with the women in your life – just one share makes a difference: https://drinklessforyourbreasts.org/all-about-risk/

Posted by Drinklessforyourbreasts on Tuesday, March 9, 2021

The campaign also includes educational Instagram posts that highlight what the research shows.

One post rebuked the notion that alcohol is good for people, noting it is a carcinogen that causes seven cancers and increases the risk of heart problems and diabetes. Another breaks down the three known ways that alcohol affects the breasts.

Alcohol raises estrogen levels, which can fuel tumor growth in women with estrogen receptor positive breast cancer. It also can reduce folate levels, a B vitamin that helps protect DNA. And the ethanol in alcohol undergoes a biochemical reaction that produces the carcinogen acetaldehyde, a clear liquid that damages DNA, leading to cancer.

Another post asks whether the type of alcohol makes a difference in breast cancer risk. "Short answer: No. Ethanol is ethanol. Your body doesn't care," the post reads. It then notes that a U.K. study found similar risk among women who only drank wine and those who had other drinks.

U.S. Dietary Guidelines defines one drink as 14 grams of alcohol. That generally translates to one 12-ounce beer, one 5-ounce glass of wine or a 1.5-ounce shot of spirits. Some craft beers with higher alcohol contents exceed that.

Many people don't respond well to the idea of limiting alcohol consumption, though Dry January, non-alcoholic beers and other alcohol-reducing efforts have gained traction.

"My goal was to prevent a young woman of today who uses alcohol, like many women do, from finding out in 20 years that she has breast cancer and wondering why," Priscilla Martinez, the campaign's founder, told Wired.

Martinez said she tried to tread carefully with its message, partly because she doesn't want women who develop breast cancer to blame themselves. A public health researcher at the Alcohol Research Group in California, Martinez is concerned that women aren't always getting the health information they need to understand their risks.

The campaign does not urge abstinence or attempt to define a safe amount of alcohol. The message simply is for women to drink less to protect their health. Even if they choose to just drink one less alcoholic beverage per week, they'd be dropping their risk by about 2%, the campaign says.

One study, published The Lancet Oncology, estimated that 14,000 cases breast cancer diagnosed in the United States last year could be attributed to alcohol consumption. And as the COVID-19 pandemic went on, studies found alcohol consumption had increased.

Women, in particular, were found to be drinking more alcohol, though that trend may have begun beforehand. Data from 2019 shows found women over 26 had increased their alcohol consumption at faster rates than men.

Alcohol also raises the risks of other cancers, including head, neck, esophageal, liver and colorectal cancers.