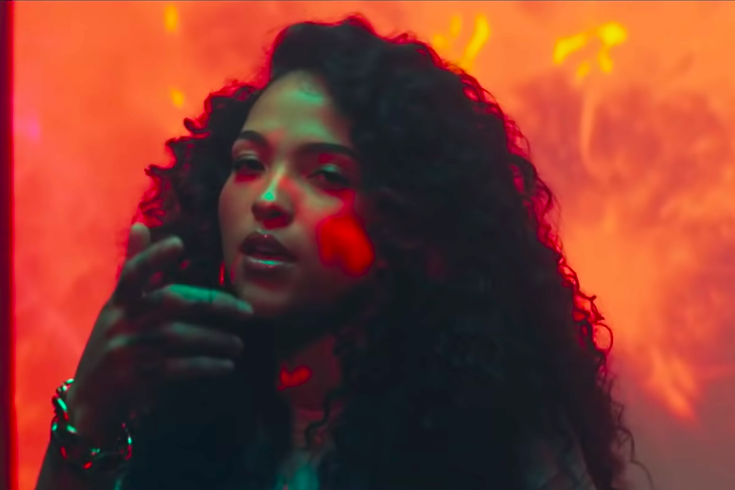 Since signing to legendary label Interscrope Records, Cash's music has been given a new spotlight. Her new song, "Numb," with accompanying music video was made with the help of established members of the R&B/pop community. "Numb" features Tory Lanez and was produced with Pop Wansel, whose biography includes production for Ariana Grande, Alessia Cara, and Nicki Minaj.

North Philly's Brianna Cash is having a great 2020 so far – she's signed to Interscope Records, released a music video, and tallied almost a million listens on Spotify just this month.

The 27-year-old pop singer has been making music in Philadelphia for years and playing in local shows, but she is stepping into her biggest spotlight yet with her recent accomplishments.

Cash got attention first for her song "Handsome," back in 2016. The song was dedicated to her boyfriend, Kyle, who had passed away. Cash told The Fader the song is about fondly remembering one of the last days she spent with him.

"It's about the last time Kyle and I went out to eat," she said. "We were at IHOP fried off of weed brownies. It's a cool way to remember him."

The singer then seemed to disappear for a while, not releasing any music for a few years. But then, in 2019 Cash emerged for some performances, including Red Bull Sound Select's annual three-day festival in Philadelphia with Syd, Noname, and Girlpool.

More recently, Cash became the latest signee to Interscope Records-Fish Grease joint venture. Since signing, Interscrope has given her more exposure by releasing her new music on Spotify, Apple Music, and more. Cash's new song with accompanying music video was made with the help of established members of the R&B/pop community.

"Numb" features Tory Lanez, and was produced by Pop Wansel, whose biography includes pop hits by Ariana Grande, Alessia Cara, and Nicki Minaj, and who is also from Philadelphia. "Handsome" also was produced by Wansel. The music video that accompanies the single was directed by "child.," and premiered on Vevo.

Watch "Numb" below or listen to the song here.