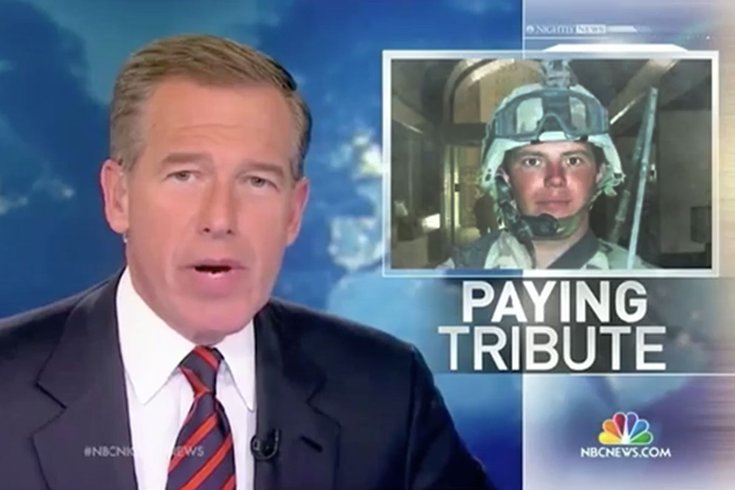 NBC launched an internal probe on Friday into top-rated "Nightly News" anchor Brian Williams' debunked claim that he was aboard a helicopter that was downed by a rocked-propelled grenade (RPG) during the U.S. invasion of Iraq in 2003.

In an internal memo, Reuters reported, NBC News President Deborah Turness told staffers that a team would gather the facts about the incident in which Williams falsely said he was in a U.S. Army helicopter that was hit and grounded.

"This has been a difficult few days for all of us at NBC News," she said. "As you would expect, we have a team dedicated to gathering the facts to help us make sense of all that has transpired."

The probe by the network's investigative unit is being headed by Richard Esposito, who was formerly the editor of Daily News newspaper of New York, according to media reports.

The apology by Williams did little to quell the uproar and cast in doubt whether he would be able to continue in his role at NBC, a unit of Comcast Corp. The anchor was widely mocked on social media for saying he "misremembered" the incident.

"We're working on what the best next steps are," Turness added in the memo.

NBC did not respond to requests for comment, and Williams appeared on his evening news show on Friday.

In his on-air apology, Williams said it was a "bungled attempt to thank a special veteran."

“Brokaw wants Williams’ head on a platter,” an NBC source told the New York Post. “He is making a lot of noise at NBC that a lesser journalist or producer would have been immediately fired or suspended for a false report.”

Brokaw refuted that report on Friday, according to The Huffington Post.

"I have neither demanded nor suggested Brian be fired," Brokaw said in an email to HuffPo. "His future is up to Brian and NBC News executives."

Williams — who had a stint at WCAU's Channel 10, then a CBS station, from 1985 to 1987 — repeatedly told the story that he was aboard a chopper struck by a rocket-propelled grenade in 2003. He actually traveled in a helicopter that trailed the stricken aircraft.

"Now Williams is under fire," read a banner headline in the New York Post, which listed other interviews and news segments in which he spoke about his helicopter being forced down.

Williams is also facing scrutiny about his remarks about covering Hurricane Katrina. In an interview he spoke about seeing a deceased man float face down from his hotel window in the French Quarter of New Orleans.

But a former city health director, Dr. Brobson Lutz, told the New Orleans Advocate he questioned Williams' account because the historic district did not experience as much flooding as other parts of the city.

Lutz was also dubious about comments Williams made in another interview when he said he suffered from dysentery after mistakenly drinking flood water while covering Katrina.

"I saw a lot of people with cuts and bruises and such, but I don't recall a single, solitary case of gastroenteritis during Katrina or the whole month afterwards," said Lutz.

Williams is facing a rash of criticism, but former "CBS Evening News" anchor Dan Rather — who had his own reporting scrutinized in 2004 — came to his defense.

"I don't know the particulars about that day in Iraq," Rather told Politico. "I do know Brian. He's a longtime friend and we have been in a number of war zones and on the same battlefields, competing but together. Brian is an honest, decent man, an excellent reporter and anchor — and a brave one. I can attest that — like his predecessor Tom Brokaw — he is a superb pro, and a gutsy one."

"It was something personal for us that was kind of life-changing for me," flight engineer Lance Reynolds told Stars and Stripes. "I know how lucky I was to survive it. It felt like a personal experience that someone else wanted to participate in and didn’t deserve to participate in.”

Williams took over for Brokaw following the 2004 presidential election.