'Broken heart syndrome' is a real thing — and it can quickly turn deadly, according to new study

Broken heart syndrome, on its own, can be recovered from — but mixed with another heart condition, it can kill 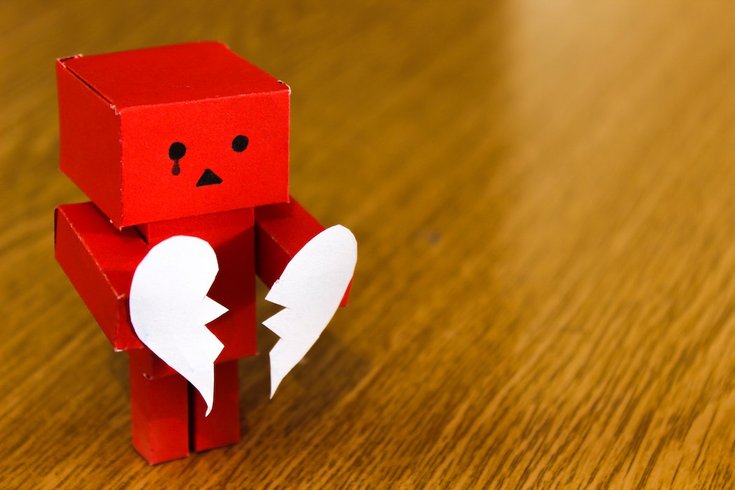 Romantic comedies love to reference lines about characters feeling as though they could "die of a broken heart" after a breakup or loss of a loved one. While this classic dramatic line sounds just that, dramatic, "broken-heart syndrome" is a real thing. And it can be deadly.

You might remember back in 2016 when Debbie Reynolds died of a stroke one day after her daughter, Carrie Fisher, had died from a heart attack. It was speculated that Reynolds’ death could have been a result of broken heart syndrome, or what’s also referred to as "stress-induced cardiomyopathy" and "takotsubo cardiomyopathy," according to Live Science.

Broken heart syndrome is a condition in which the heart's main pumping chamber — the left ventricle — temporarily becomes enlarged and weakened, causing it to not pump properly. As its name suggests, the condition can be triggered by emotional stress — like a loved one's death or the loss of a job — according to Mayo Clinic. Physical stress, such as an asthma attack or major surgery, can be another trigger.

RELATED READ: There is an official call to ban the disciplinary spanking of children

Chest pain and shortness of breath are the main symptoms of broken heart syndrome — similar to those of a heart attack. (A diagnosis of this syndrome is better than a heart attack because there’s no blockage of the heart's arteries, and patients usually make a full recovery within days to weeks, according to Mayo Clinic.)

There’s a new study that suggests the broken heart syndrome can turn deadly — and quick — in folks when combined with cardiogenic shock, a condition in which your heart can’t pump enough blood to meet your body’s needs, Live Science reported:

The researchers analyzed information from a database of more than 2,000 patients with broken-heart syndrome, called the International Takotsubo Registry. Among these patients, about 200 developed cardiogenic shock.

Even among patients who survived cardiogenic shock, the higher risk of death persisted for years.