Status of Jericho the lion disputed after report of death 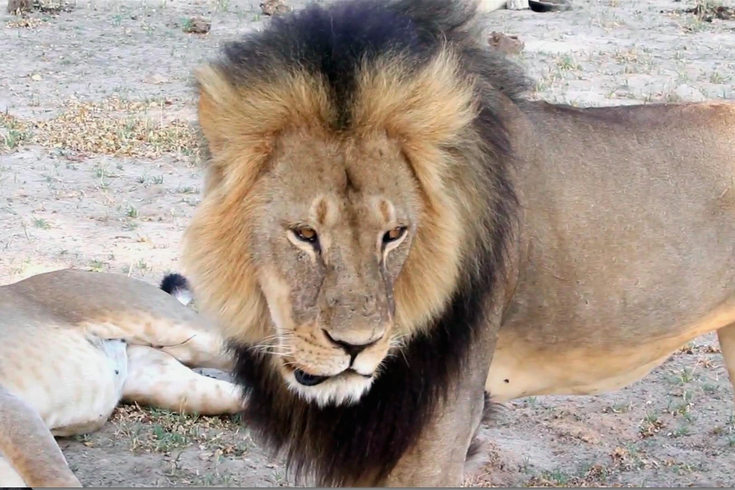 In this frame grab taken from a November 2012 video made available by Paula French, a well-known, protected lion known as Cecil strolls around in Hwange National Park, in Hwange, Zimbabwe.

Amid international outrage over the poaching of Cecil the Lion, sources have disputed a report that Cecil's brother, Jericho, was killed by another hunter on Saturday.

Earlier on Saturday afternoon, an official with the Zimbabwe Conservation Task Force announced that Jericho had been killed, according to CNN. The following statement was posted on the Task Force's Facebook page:

It is with huge disgust and sadness that we have just been informed that Jericho, Cecil's brother has been killed at 4pm [local time] today. We are absolutely heartbroken. We will update you all as soon as we have more details.

Later, reports from Reuters and the Associated Press disputed Jericho's death, citing a researcher with the Hwange Lion Research Project.

"He looks alive and well to me as far as I can tell," said Brent Stapelkamp, field researcher for the Hwange Lion Research Project which is monitoring the lion with a GPS tag...When I heard that report, I had a look on the computer and his movements look regular. He sent a GPS point from his collar from 8:06 p.m. (02:06 p.m. EDT). Everything looks fine."

Cecil, a protected animal, was lured out of the park and killed in late July by an American trophy hunter, 55-year-old Walter James Palmer, a dentist from Minnesota who has been condemned for his actions. Palmer allegedly paid two individuals to assist with the plan, which he claims he did not know was in violation of any laws.

In the aftermath of Cecil's death, Jericho has been seen caring for his brother's vulnerable cubs, who are susceptible to incoming males looking to usurp control the pride.

According to USA Today, Zimbabwe is looking to extradite Palmer, however, the United States currently does not have an extradition treaty with the southern African nation. The U.S. Fish and Wildlife Service has been in contact with Palmer about the killing and plans to submit any evidence of wrongdoing to the U.S. Department of Justice in an attempt to try him in the United States.

Cecil became an iconic figure in Zimbabwe and beyond for his inclusion in a University of Oxford research program that involved monitoring his movements throughout Hwange National Park with the use of a GPS tracker.

In the wake of Cecil's death, both the African Wildlife Foundation and late night host Jimmy Kimmel have launched fundraisers to support those most impacted by the loss. The AWF CrowdRise campaign will donate funds to the protection of lions like Cecil and other species heavily targeted by poachers. Kimmel's fund supports the Oxford Wildlife Conservation Research Unit.