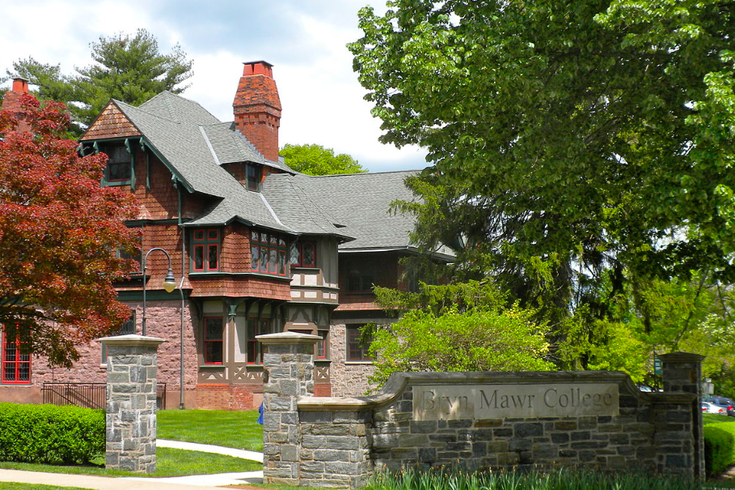 Ripple effects from the violence in Charlottesville earlier this month continue to radiate across the country, resulting in a decision last week to remove the name of a controversial Bryn Mawr College founder from a pair of campus facilities.

In a case that underscores the staggered progress of equality and civil rights movements, Bryn Mawr College president Kim Cassidy wrote a letter to the community explaining the call to place a moratorium on spaces named after M. Carey Thomas, a pioneer in advocacy women's education who also espoused racist and anti-Semitic views.

"We join many across the country in thinking about how to address institutional histories shaped by racism and anti-Semitism," Cassidy wrote. "In this context, many of you have suggested that we confront the objectionable beliefs of one of our founders, M. Carey Thomas—beliefs still so poignantly evident in the recent events of our country. I agree, and I know that many others do as well."

Months prior to the events in Charlottesville and the ensuing national debate over monuments, the women's liberal arts college had begun a process to address what Cassidy called legacies of exclusion. Some on campus voiced their frustration with M. Carey Thomas' status as both a suffragette and an overtly intolerant president who sought to keep minorities and Jews from studying at Bryn Mawr.

Cassidy embraced the conversation as part of the school's shared governance model, but decided this month that the college cannot appear to condone Thomas' views in the interim.

"I understand ... that this is an especially raw moment for members of many different marginalized groups whose rights and dignities are being attacked so openly and so viciously," Cassidy continued "To address this, I have decided that the College will place a moratorium on the use of the names of 'Thomas' Great Hall and 'Thomas' Library for the 2017-18 academic year while the issue is taken up by the working group."

In the meantime, the two spaces will be referred to as "Great Hall" and "College Hall," moves that Cassidy admits will take a conscious effort from everyone in the campus community.

"No solution is ideal, but my hope is that by fully acknowledging Thomas’ legacy of racism and anti-Semitism through this action, we will grant the community time for discernment: serious and thoughtful study, exchange of views, reflection, and action planning about our legacies of exclusion and resistance," Cassidy wrote.

The moratorium comes as similar debates occupy leaders at both private and public institutions, including the city of Philadelphia and its request for ideas about what to do the with the divisive statue of former Mayor Frank Rizzo.

Cassidy said Bryn Mawr's working group will continue to discuss how the college plans to handle M. Carey Thomas going forward. A final decision is not expected before the end of the upcoming academic year.