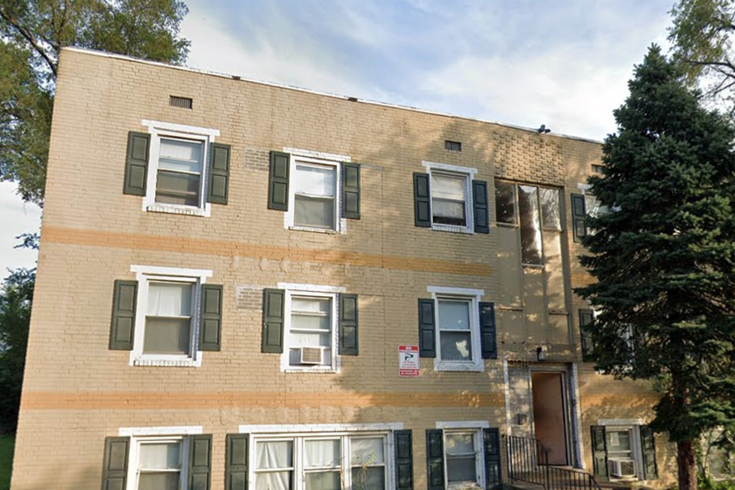 The apartment complex located on the 3400 block of Cramer Street in Camden has been vacant since an arson attack last October killed two men, injured nine others and displaced roughly three dozen individuals.

The blaze broke out after midnight at the boarded-up apartment building located on the 3400 block of Cramer Street.

Fire crews arrived at the scene to find heavy smoke billowing from the top floor of the three-story building, according to CBS3.

An apparent explosion in the upper floors of the complex ignited the blaze, according to FOX29. As firefighters sought to get control of the situation by pouring water onto the fire, an explosion inside the building strengthened the flames.

Police also reported hearing an explosion coming from the third floor of the complex, according to 6ABC.

Fire crews from four other neighborhood departments also responded to the scene. The flames were under control by about 3 a.m. Wednesday, but crews remained on site to put out any remaining hot spots.

No firefighter injuries were reported. The cause of Wednesday morning's fire remains under investigation.

Camden Fire knocking down 3 alarmer at Cramer Street and 34th... Pennsauken here too... we’ll break it down at coming up at 4. @FOX29philly pic.twitter.com/KIWRm9LSzI


Another fire at Cramer street apartments.

This was the site of a deadly fire last year... Fire chief tells me it was supposed to be empty so no injuries that we know of yet. @NBCPhiladelphia pic.twitter.com/kyaq4H7Ng5


Fire chief says there was an explosion as crews worked to put out the flames. You can see the top of the building was blown off and there are bricks everywhere.

The same apartment building was the site of an arson attack last October that killed two unidentified men and injured at least nine others, including a firefighter. The fire displaced roughly three dozen individuals, leaving the complex in its current state of abandonment.

Brandon Adams, a 34-year-old man experiencing homelessness, was arrested and charged with two counts of first-degree felony murder for intentionally starting the blaze.