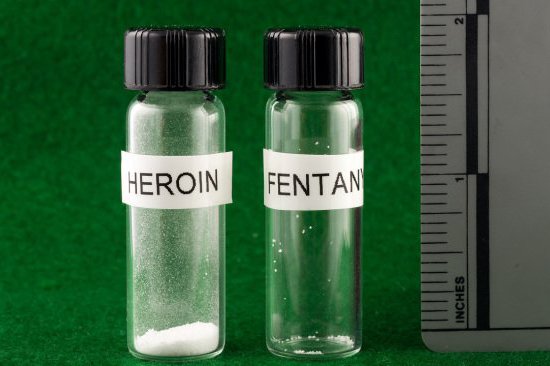 This photo shows the amount of heroin needed to match the potency of a smaller batch of fentanyl. Camden County is launching a campaign to raise awareness about the deadly synthetic opiate being added to supplies of unrelated illicit drugs.

A 19-year-old Rowan University student named was one of 290 people in Camden County who died of a fentanyl overdose in 2021. Justin "J.J." Niederman had no idea he had ingested the deadly synthetic opiate according to his mother, Tanya Niederman.

"That was a fatal mistake," she said.

Almost a year after the former Bellmawr Bears and Black Horse Regional Ice Hockey player died, his mother is working with Camden County on a campaign to raise awareness around fentanyl being added to illicit drugs.

The campaign is targeting users of those non-opiates, he added. They often have no clue where the substances they are ingesting come from, and as a result are at an increased risk of coming into contact with fentanyl.

Tiny doses of the drug, which is between 80 and 100 times more powerful than heroin, can be fatal.

The county has put up 17 billboards with five messages in areas drug users have been known to frequent. It's also designed a series of flyers and social media graphics which can be downloaded and distributed by anyone.

"A lethal dose of fentanyl is just four grains of sand," one flyer warns.

Another notes that it's impossible to know if a batch of drugs is laced without fentanyl test strips. 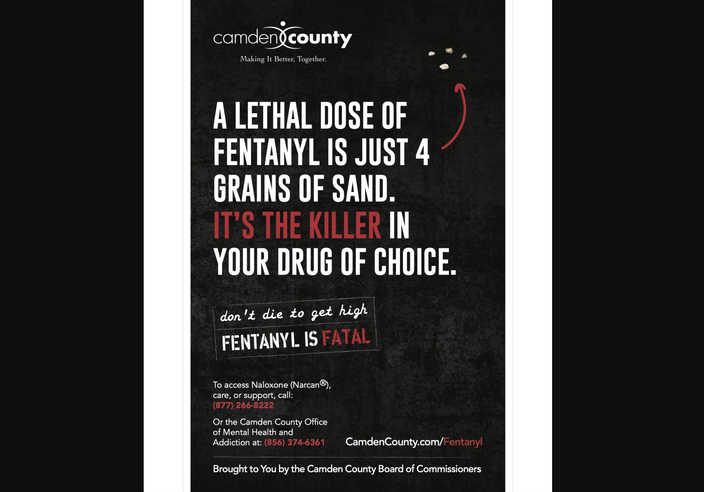 One of the flyers being distributed by Camden County as part of its fentanyl awareness campaign.

Other flyers educate people on how to use the test strips. They also provide the number for Camden County's Office of Mental Health and Addiction, which can provide the strips along with naloxone – a fast-acting drug which can save opiate users from overdoses.

Last year, the United States saw its largest increase in fatal overdoses since 1999, according to the National Institute for Drug Abuse. Roughly 57,000 people died from synthetic opiates, mostly fentanyl, while just 13,000 died from heroin.

In Camden County, 70% of overdoses in 2021 involved fentanyl.

Philadelphia is experiencing the opposite trend, with 639 deadly overdoses in the first half of 2021, which puts the city on track to break its record of 1,217 set in 2017. 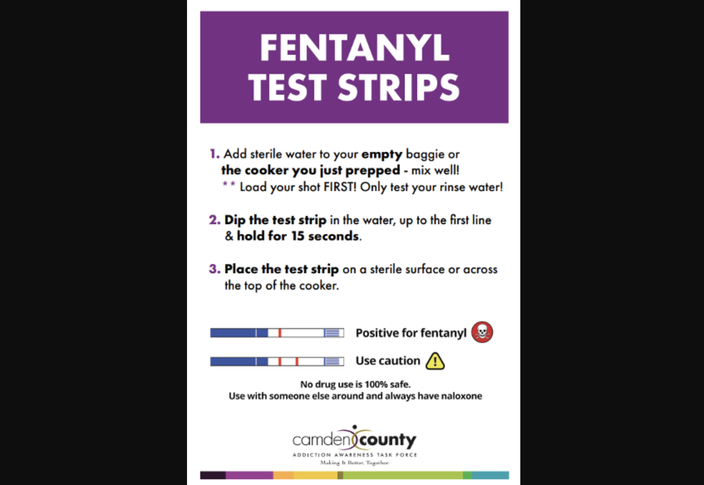 Even though Camden County has seen overdose deaths decrease, it's still trying to raise awareness about fentanyl as opioid overdoses are one of the county's top killers.

That's why the Camden County Prosecutor's office was anxious to publicize local law enforcement's seizure of a 145-pound stash of fentanyl worth $2 million in Pennsauken earlier this year.

"Politicians also have commemorated people who have been lost to the opiate epidemic in recent years. In August 2020, the county unveiled its "Remembrance and Hope Memorial" in Blackwood."

"If we can get just one child like J.J. to think twice before ingesting something at a party that could be cut with this poison, this campaign will be worth it," Tanya Niederman said.

J.J. Niederman was laid to rest at Hillcrest Memorial Park in Sewell in February. Those looking to honor his memory were asked to donate to the Bellmawr Hockey Association.