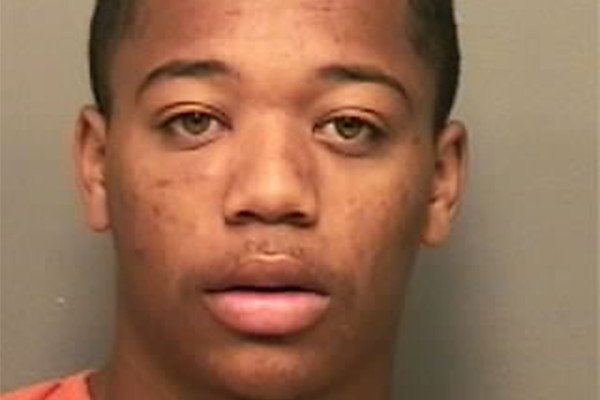 Tyhan Brown, 18, of the 1800 block of Kossuth Street in Camden, is charged with first-degree murder in the fatal shooting of 8-year-old Gabby Hill-Carter.

The alleged shooter of Gabby Hill-Carter, an 8-year-old Camden girl killed by a stray bullet as she played in front of her home, was taken into custody on Friday, just a day short of the one-month anniversary of the girl's killing.

Tyhan Brown, 18, of the 1800 block of Kossuth Street in Camden, is charged with first-degree murder in the fatal shooting of the girl, authorities said.

Brown was arrested on Friday morning by the United States Marshals Service Fugitive Task Force at an uncle's home in Clarksville, Tennessee. A spokesman for the Marshals did not immediately respond to a request for details about the arrest.

Police Chief J. Scott Thomson said during a news conference that bringing Brown back to face charges in New Jersey may take several days. Authorities had a warrant issued for Brown's arrest on Wednesday, the chief added.

Thomson called Brown a "principal actor" in the violence, but refused to say if he was the suspect who fired the shot that killed Gabby. He said "other confederates" are sought in the shooting. 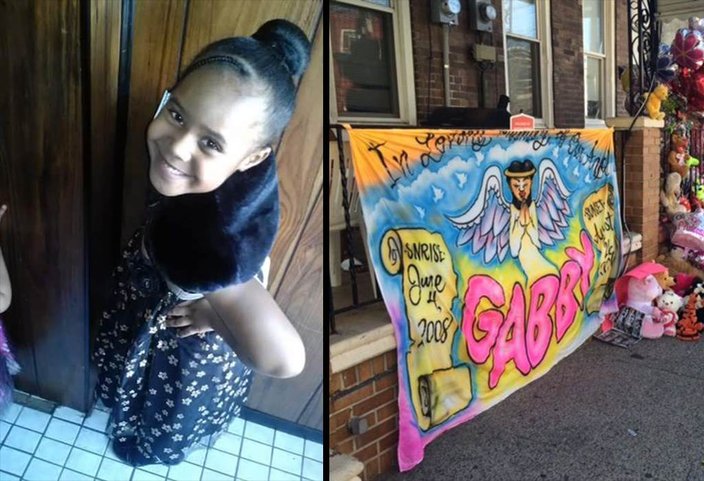 Brown's father – Tyhan Brown Sr. – was shot to death in Camden four years ago. He was shot repeatedly while sitting in a car on the 600 block of Third Street on Jan. 14, 2012, and he eventually died in April that same year. That murder was never solved.

Investigators believe that Hill-Carter – who was riding her bicycle in the 900 block of South Ninth Street at about 8:30 p.m. on Aug. 24 – was hit in the head by a bullet during a shootout between rival drug gangs. She died from her injuries on Aug. 26. 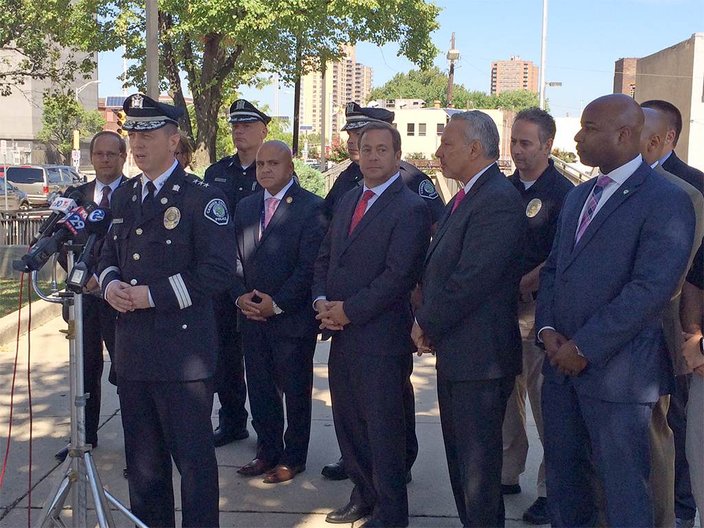 Camden County Police Chief Scott Thomson updates the media on Friday on the arrest of Tyhan Brown, 18, in the shooting death of an 8-year-old Camden girl.

The girl's murder galvanized the community as a reward of $76,000 was offered for any information that led to an arrest and conviction of the person or persons responsible.

The chief said "we did not receive the support we had hoped for," with information from tipsters. The reward is still up for grabs with additional suspects still sought.

But the chief added the community was not "callous," but that only a very few people had the first-hand knowledge needed to prove the case. Thomson said his department "had a pretty good idea" of what happened and who was involved soon after the shooting, but having the facts to make a case have been challenging.

He also said Brown has had previous encounters with Camden police. Juvenile records, though, are not public.

A businessman near Hill-Carter's home said business has remained slow for the month since the little girl was shot. 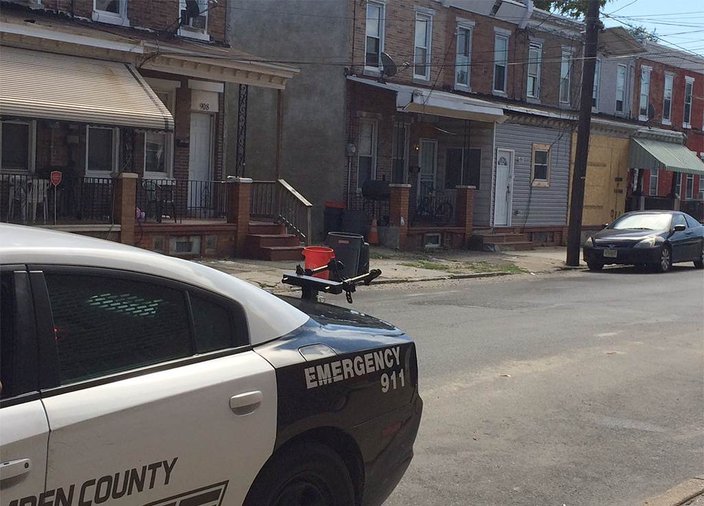 A Camden County police car sits outside the home of Gabby Hill-Carter's family.

In a statement, Vahan and Danielle Gureghian, the founders of CSMI, LLC, which operates the Camden Community Charter School, where Gabby was about to enter 3rd grade, thanked police and the community.

“The announcement that the police have captured a suspect in Gabby’s murder is great news.  While nothing will bring back Gabby, and a suspect’s capture will do little to ease her family’s grief, it sends a clear message to others who would dare endanger a child — you will be caught no matter how far you run.

"We all owe a debt of gratitude to the police who worked tirelessly to catch Gabby’s cowardly killer and to the entire community, which united to say ‘enough is enough’ and gave the people responsible for Gabby's murder nowhere to hide. We hope that this unity can continue, and together we can make Camden a safer, stronger place for everyone.”

The Gureghians paid for Gabby's funeral expenses and made a separate commitment to the reward fund.