Suspect laughed as witnesses told him to stop her, cops say 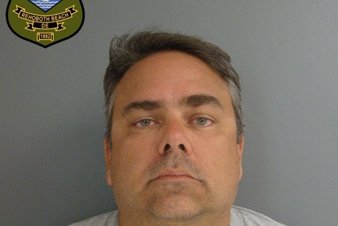 Christian Lesieur, 48 of Quebec, Canada was arrested under one count of endangering the welfare of a child.

The Rehoboth Beach Police Department had to step in this week to tell a Canadian man that allowing his teenage daughter to bait and hit seagulls with a shovel – then successfully killing one – is not OK.

Christian Lesieur, 48 of Quebec, Canada, was arrested Wednesday for endangering the welfare of a child and later released on $500 unsecured bail.

Witnesses told police that Lesieur's 13-year-old daughter was digging a hole filled with food to lure the birds on the beach near Wilmington Avenue. Once they came, she tried hitting them with a plastic shovel and was able to kill one that Lesieur threw away in a nearby trashcan, police said.

The Department of Natural Resources and Environmental Control was contacted to investigate the death.

Lesieur was allegedly fully aware of his daughter's actions – witnesses told police that he laughed while she swung at the seagulls and at someone who told him that his daughter shouldn't be trying to hurt the birds.

When officers found Lesieur, he appeared to be drinking alcohol and made jokes while he was in custody, police said. His daughter, however, was crying. Police say she became more upset when her dad joked that she'd have to spend the night in jail.

To her benefit, police said that Lesieur's daughter wasn't charged - though it's a federal offense to kill a seagull - but instead given a stern talking to.