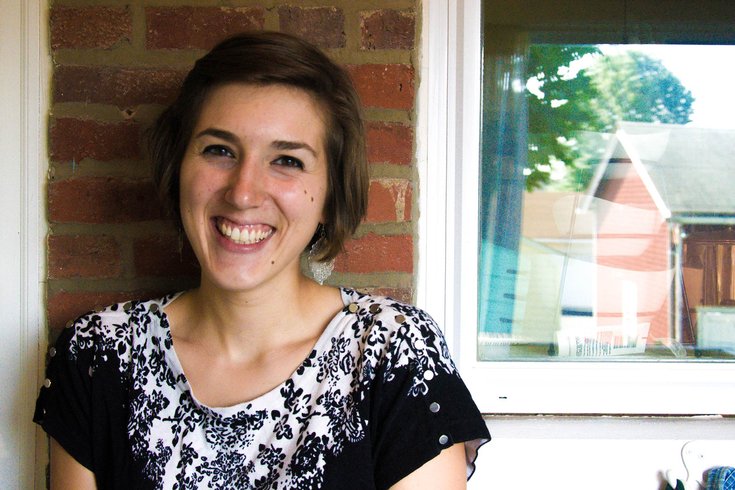 Katie Brubaker, a student at Moore College of Art, will help a boy who beat cancer tell a story to help others.

A Montgomery County art student will spend her summer sketching for a good cause.

Katie Brubaker, a Souderton resident, will illustrate a children’s book written by a 12-year-old cancer survivor, Peter Zucca of Harleysville.

A sophomore at Moore College of Art & Design in Philadelphia, she first heard about Peter from her mother, who is a supporter of the boy's organization, The Peter Powerhouse Foundation, which helps raise money to improve the lives of children with cancer. Brubaker’s father is the pastor of Towamencin Mennonite Church, the same church attended by the Zucca family. 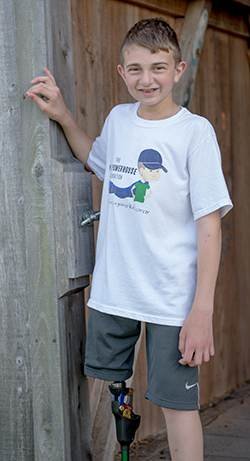 The book, titled Peter Learns to Listen, will help hearing and non-hearing children learn about the world of the hearing-impaired child. Learning more about Peter, pictured left, and his project, Brubaker decided illustrating the book would give her a “jump start” on her career and an opportunity to help get his story published.


“It’s been really neat to see people’s responses when I tell them what I’m doing,” she said.

Brubaker received $2,500 as a recipient of the Sis Grenald Women’s Leadership Fellowship at the college which is awarded to three sophomores or juniors. An illustration major with a background in fine arts, she will illustrate, publish and promote the book thanks to the fellowship.

After two years as a fine arts major at Montgomery County Community College, Brubaker transferred to Moore to pursue a dream of illustrating children’s books. She said working on the book will “open her eyes” to the whole process.

“It will be a learning experience,” she said. “It is putting me ahead of the game.”

Brubaker's personal style is watercolor and ink, or watercolor and digital. Peter's book will be illustrated in the latter process by scanning artwork into a computer and doing line work digitally.

“My style is whimsical and it fits nicely in a children’s book genre,” Brubaker said.

Dawn Zucca, Peter’s mother, said the idea to write a book started during a family vacation when she was “checking-in” to see how he was doing emotionally, following his leg amputation.

“Peter’s been through a lot and he has triumphed in the face of much adversity,” she said. “Sharing his experiences is a great way for him to help other kids who are in the fight.”

Peter was diagnosed with cancer at 10 months old, and by his first birthday he was told he only had two months to live. He fought the disease, but lost a leg at the age of 10 to a tumor.

Peter prevailed, but now lives with the repercussions of cancer. He has a prosthetic leg and hearing aids, and from his experience, he wants to show other kids “that you can get through it.” 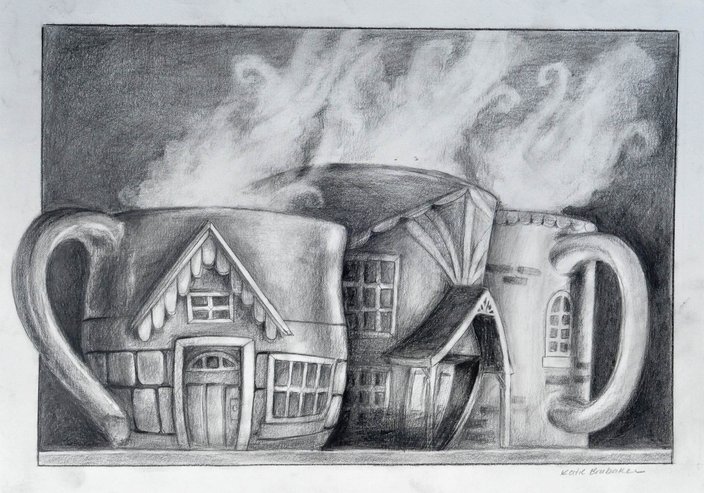 Katie Brubaker's illustration work, above and below. “My style is whimsical and it fits nicely in a children’s book genre,” she says. (Handout)

“I wanted to write a book because I think I have a story to tell, especially when I lost my hearing,” Peter said.

The concept of the book is that Peter has become a superhero because he is “strong and brave,” and in the story he teaches a little boy named Andrew all about hearing aids. It is based off of a real encounter Peter had with his friend from Vernfield Elementary School, Andrew Fisher of Harleysville.

Andrew's mother, Lori Fisher, said he has had hearing loss since birth. When he was expecting his hearing aids to come in, Peter spent time with him to show him the different parts of the devices. 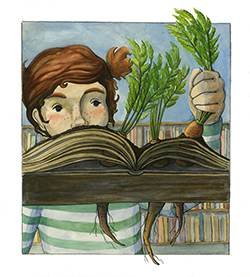 “Portraying these kids in a positive light is much needed,” Lori Fisher said.

Peter's goal to help other children understand hearing loss grew out of finding a lack of well-done children's literature on hearing impediments. Dawn Zucca said the books that they’ve read have always been about animals who can’t hear and who are upset that they are different. Peter himself felt that he couldn’t connect with the books.

“I’m not a crying elephant, and the audiologist is a nice lady, not an otter,” Peter said.

Brubaker will work with Dawn Zucca this summer on the manuscript for the book and breaking up the pages to make the story flow. She also has taken photographs of Peter and his family to use as references. And she'll accompany Peter to one of his hearing check-ups to get more familiar with the details of an audiology visit and equipment.

She hopes to finish by the end of the summer, but will allow herself an extra month after the break in order to finish it. A party and book signing are planned at The Harleysville Bookstore as soon as it's published.

“I’ve been to lots of book signings, but I’ve never been the book signer,” Peter said.

To learn more about the Peter Powerhouse Foundation and join the Facebook page, visit www.peterpowerhouse.org.