Freezing tumors has become a popular treatment for slow-growing cancers 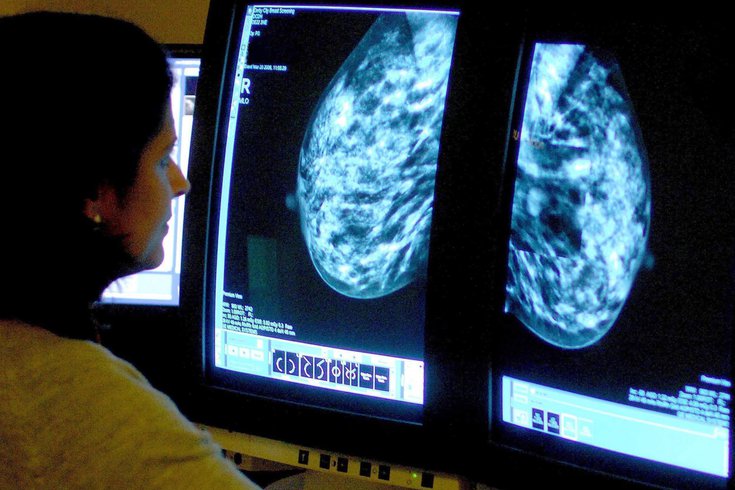 Some countries, including Australia, South Africa and the European Union, have approved cryoablation for treating breast cancer. But its use in the United States is still considered experimental.

Cryoablation — the freezing of tumors — has been around since the 1990s when it was approved as a treatment for prostate cancer. In recent years, its use has expanded as an alternative to more invasive surgery.

In the United States, it is commonly performed as part of the treatments for bone, cervical, eye, kidney, liver, lung and prostate cancers.

Some countries, including Australia, South Africa and the European Union, also have approved cryoablation for treating breast cancer.

In the U.S., its use for breast cancer is still considered experimental. But a new study offers more evidence to support its use to treat slow-growing breast cancer.

Cryoablation basically uses extreme cold to kill cancer cells. During the procedure, which can take place in a doctor's office instead of an operating room, a thin needle is inserted directly into the cancerous tumor. Then a freezing gas is poured into the tissue.

Once the tissue thaws, more gas is pumped in. A single treatment session often involves the tumor being frozen and thawed several times.

It is a technique that also can be used to relieve pain in patients whose cancer has spread to the bones or other organs.

According to Frontiers In Immunology, the use of cold temperatures to heal wounds began in 3000 B.C. Its use to treat tumors was first attempted by the English physician James Arnott in the 19th Century.

Current technologic advancements have made it easier to isolate the tumor for treatment without affecting the surrounding tissues.

For prostate cancer, it is generally only used after radiation therapy hasn't worked. But it also has become an alternative primary treatment for men who can't have surgery or radiation therapy. Studies on lung cancer also have shown favorable responses in patients with early inoperable lung cancers.

Previous studies have investigated its use in treating breast cancer, but the data remains limited.

A systematic review of studies, published in 2019, found that cryoablation could be a successful treatment strategy for breast cancer, but that long-term benefits still need to be better understood. To date, no study has found it to be equal to breast-conserving surgery in terms of overall survival.

A new study conducted by the West Cancer Center & Research Institute in Germantown, Tennessee offers some more promising data on its effectiveness among women over age 60 with low-risk breast cancers.

The study, which included almost 200 women, found nearly all of the patients remained cancer-free for three years after cryoablation.

The average age of the patients was 75. They were all diagnosed with invasive ductal carcinoma — the most common form of breast cancer, according to Johns Hopkins Medicine. The cancer begins in the milk duct and then invades the fatty breast tissue outside of it.

All of the tumors were small — no more than 1.5 centimeters — and all of the patients had hormone receptor-positive tumors. The term refers to the types of cancer that have either estrogen or progesterone receptors, which fuel cancer growth.

There was no need for follow-up treatment, but almost 15% of the women also were treated with radiation. About 75% of them also underwent endocrine therapy. One patient also had chemotherapy.

Overall, just four patients had their cancers return. No serious side effects were reported from the procedure.

The procedure preserved breast volume, resulted in less scarring and low infection risk compared to a lumpectomy or mastectomy, he added.

The findings were presented at a virtual meeting of the American Society of Breast Surgeons. The data is considered preliminary until it is published in a peer-reviewed journal.