Archbishop Charles Chaput was selected to celebrate a televised Mass in remembrance of a local native who died after a lengthy court battle and public debate about the ethics of caring for the medically vulnerable.

The Eternal World Television Network will broadcast the Mass live on Friday at 8 a.m. from Birmingham, Alabama. During the gathering, Chaput will discuss the issues impacting at-risk patients and families' attempts at securing proper care.

The day marks the church's and pro-life organizations' 10th annual observance of Terri's Day, named to commemorate the life and death of Montgomery County native Terri Schiavo. Observers are urged to participate in a national day of prayer and outreach to defend the rights of sick and incapacitated patients facing life-or-death medical decisions.

Chaput plans to discuss the issues of human dignity and the fundamental value of every individual's life. He invites viewers "in praying for a renewed respect for life from conception to natural death."

Schiavo was born in 1963 in Lower Moreland and moved to Florida with her family in the 1980s. In 1990, she collapsed and was rushed to a local hospital where she was diagnosed with a profound brain injury. Doctors said she was in an irreversible persistent vegetative state, prompting her husband Michael to decide to have her feeding tube removed. Schiavo's parents filed a lawsuit to keep her alive, launching a national debate about "right-to-die" laws.

The discussion led Congress to pass a bill that was signed into law by President George W. Bush in 2005. But a federal court overturned the law and her feeding tube was removed, which caused her to die 13 days later from dehydration. An autopsy revealed irreversible brain damage. 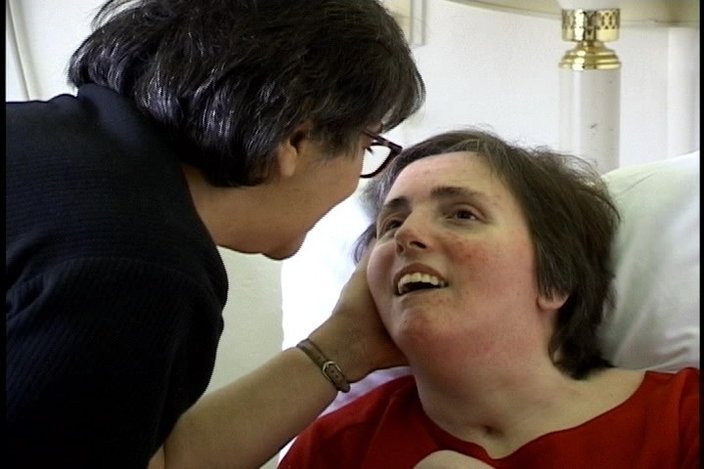 In an undated photo, Terri Schindler Schiavo and her mother at a Florida hospital.

"My sister Terri became an accidental hero to the medically vulnerable," said Bobby Schindler, president of the Terri Schiavo Life and Hope Network. "She was an everyday person who, because of her defenseless situation, touched the hearts and minds of millions around the world."

The group recognizes that this year's observance coincides with the ongoing health care reform debate between President Donald Trump and federal lawmakers.

"In light of President Trump's intention to overhaul the healthcare system, we are advocating for a renewed national conversation to assure that every patient retains the right to receive proper basic care, including food and water," said Tom Shakely, the group's executive director. "Terri's case remains the litmus test for insuring people receive these basic rights."

The Mass will be rebroadcast at noon and 7 p.m. on Friday.