More than $150,000 in meth, heroin seized during investigation 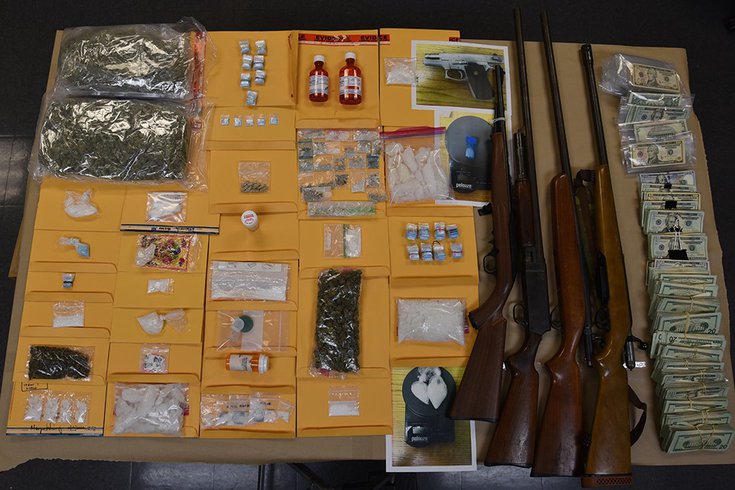 Nine people are facing criminal charges in the wake of a drug trafficking investigation led by multiple law enforcement agencies in Chester County, Pennsylvania. Authorities allege the main supplier was based in Philadelphia.

A two-month investigation led to the arrest of nine people who have been charged with trafficking large quantities of methamphetamine, heroin and other drugs between Philadelphia and Chester County, prosecutors announced this week.

The investigation, which began in October, led Chester County investigators to an alleged drug supplier in Philadelphia who refused to come out to the suburbs out of fear for harsher penalties.

“Even during a pandemic, law enforcement is working tirelessly to identify and stop the scourge of the drug trade," said Chester County District Attorney Deb Ryan. "Determined and coordinated efforts like these are what will keep Chester County safe from the ravages of drugs."

Police identified 43-year-old Shannon Eachus and 28-year-old Tyler Yocum as a pair of suppliers in West Caln Township. A search warrant executed at their property on Dec. 4 led to the seizure of methamphetamine, heroin, marijuana, guns and cash, along with the arrest of six other defendants.

During the investigation, authorities learned of an individual identified as "Philly J," an alleged methamphetamine supplier in Philadelphia who insisted on selling in the city and having the drugs distrubuted in Chester County.

Police later identified "J Philly" as as 28-year-old Jeremiah Stefan Rafakie Bowens. He and his girlfriend, 21-year-old Alicia Johnay Griffin, allegedly supplied the drugs in Chester County. A search warrant executed at their Roxborough property on Dec. 11 resulted in the seizure of heroin, marijuana, drug paraphernalia and more than $39,000 in cash, prosecutors said.

In total, the investigation yielded:

• Three shotguns, one rifle, and one handgun

The nine defendants are charged with range of gun and drug offenses.