Chip Kelly, Roger Goodell, Gronk and others get the emoji treatment 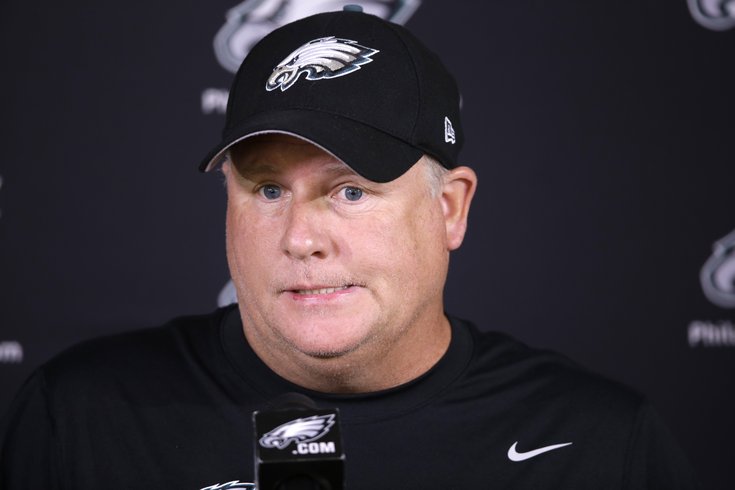 When I use emojis in text messages, nine out of ten times it's the poop one. Don't ask me why; it's just funny and fits in more situations than it probably should.

One of those situations is during fantasy football.

But now, thanks to SportsManias, several players and coaches (18 in all) have gotten the emoji treatment, and the one representing Eagles head coach Chip Kelly includes a hit tip to my personal favorite emoji.

I'm not sure what play he's calling. But based on the signals, it appears to be one of two things: Either Sam Bradford's about to throw an interception or, more likely, someone needs to clean out his cat's litter box.

Here's a look at a few of the other NFL emojis being offered by SportsManias:

"I don't want anyone touching the balls at that point, rubbing them ... to me, those balls are perfect." [Not pictured: Four Super Bowl rings, Uggs, super model wife.]

"Thank god my family has money because my NFL career may be a lot shorter than I thought."

"Watch me whip. Now watch me pull a hammy." [I'm really surprised they didn't go with a one-hand-catch emoji...]

That helmet indentation on Peyton's forehead may make it the most visually accurate one of the bunch.

Is that J.J. Watt with a bloody nose, or is that just leftover from whatever quarterback he most recently consumed?

*No relation to Tom

Probably a good idea they didn't choose to use one of the other things Jameis has been accused of in the past...

There are several more of these, including Bill Belichick in a hoodie (what else?), as well as something known as "Revis Island." And you can download the full fantasy football emoji keyboard from SportsManias here.