The stand-up comedian known for his roles in 'Rush Hour,' 'Friday' and other hit films still keeps the jokes comin' 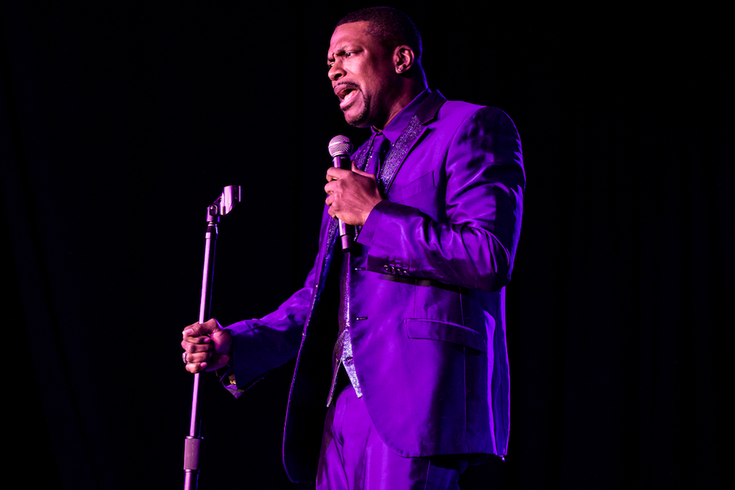 Chris Tucker accomplished something impressive in his show last Friday night at SugarHouse Casino's Events Center: He admitted that he was rooting for his hometown Atlanta Falcons over the Eagles in their playoff game last month, and despite a few boos, the crowd stayed with him – and remained with him, for the entire hour-plus set.

Tucker is best known for his work in the movies, most notably the "Rush Hour" series and "Friday," as well as his supporting roles in "The Fifth Element" and the Philadelphia-set "Silver Linings Playbook."

Last week's set was even preceded by a highlight reel from his movies. But Tucker got his start as a stand-up comedian, appearing during the golden era of Def Comedy Jam in the early '90s.

With his movie career having somewhat receded in recent years – his last movie part was in 2016's "Billy Lynn's Long Halftime Walk" – Tucker has jumped back into stand-up with some success. The SugarHouse show was sold out, with a second one added Saturday night. The show attracted an enthusiastic, racially diverse crowd.

Clad in a sparkling blue suit, the 46-year-old Tucker made it clear that he is older now, and more contemplative. His delivery isn't as high-pitched or motor-mouthed as it was during the heyday of his screen persona, and he delved into such topics as aging, fatherhood and his uncertainty about whether or not to get married. 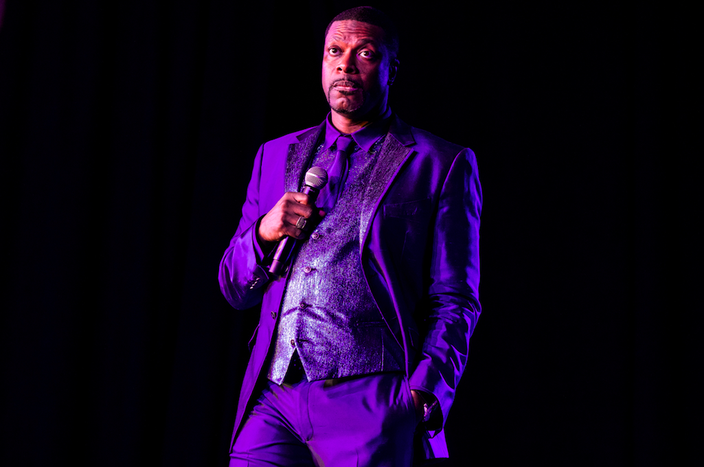 Tucker also made quite a few self-deprecating cracks about his much-publicized run-ins with the IRS. He settled a $14 million tax debt in 2014, and joked at one point that he shouldn't have let Wesley Snipes help him with his taxes.

Tucker repeatedly referenced the list of celebrities who have "gotten in trouble" for sexual misconduct of late, such as Bill Cosby, although he didn't express any type of controversial point of view on the topic, nor did he specifically address the allegations against Brett Ratner, his director on all three "Rush Hour" films as well as "Money Talks."

Much of Tucker's set took the form of stories about his experiences, travels and run-ins with famous people, and he delivered quite a few impressions. He spoke of going to Africa with Bill Clinton, visiting Jackie Chan in China, sharing a pre-fundraiser car ride with then-Senate candidate Barack Obama and partying with Charlie Sheen, sprinkling in at-least passable impersonations of all. And while there wasn't much talk of politics in the set, Tucker did add in a few Trump jokes, including an impression of the President.

The highlight of the show may have been Tucker telling a story about visiting Michael Jackson at Neverland Ranch, and being gifted a TV from the late singer, with whom Tucker had appeared in the "You Rock My World" video in 2001.

It does appear though, that Tucker has been telling that same story on stage since at least 2015:

And a lot of the same material from Friday's set can also be seen in Tucker's Netflix special, "Chris Tucker Live!"

Those who only know Tucker from his movie roles saw a Tucker who's still funny, just in a very different way than he used to be, and they spent the whole night laughing – even if the headliner did root against the Eagles in the playoffs.