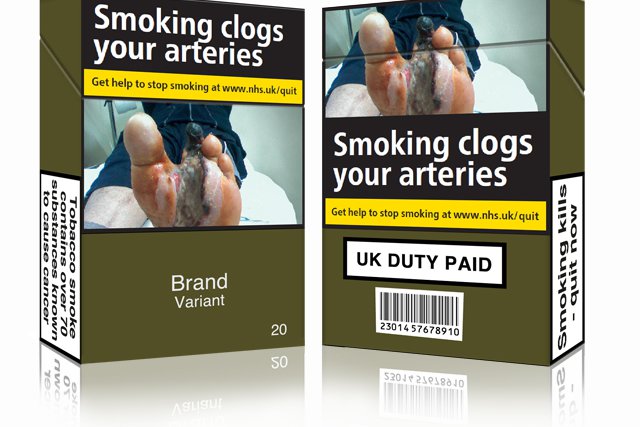 Source/Action on Smoking and Health

The United Kingdom and Australia are the only countries to implement standardized cigarette packaging in an effort to reduce tobacco consumption.

Cigarette sales in the United Kingdom have plummeted thanks to a unique strategy – pairing standard packaging with stricter taxation.

Cigarette sales were already declining when the European country increased taxes on cheaper cigarettes in May 2017, the same point that its standardized packaging policy was fully implemented.

Prior to that point, sales were falling by an average of 12 million cigarettes per month, according to a study conducted by the University of Bath's Tobacco Control Research Group. Afterward, they began dropping by 20 million a month.

The new, standardized packaging meant that the tobacco industry couldn't bank on brand differentiation to boost sales, researchers said. The UK and Australia are the only two countries to implement standardized tobacco packaging.

"For many years, the tobacco industry had used packaging to signal the difference between premium and cheap cigarette brands, with smokers often willing to pay markedly more for premium brands," lead researcher Dr. Rosemary Hiscock said.

"This allowed the tobacco industry to make enough profit on premium brands to subsidize its cheap brands, keeping them cheap enough for young people to afford to start smoking and to prevent price conscious smokers from being incentivized to quit."

The study analyzed sales data from May 2015 to April 2018. The researcher's findings were published Monday in the British Medical Journal's Tobacco Control.

Researchers found that the tobacco industry's net revenue fell by 13% per month during the study period. Previous research from the Tobacco Control Research Group found that as the price of the cheapest cigarettes increase, sales decrease.

"Governments around the world considering plain packaging can be reassured that this policy works and that the real reason the industry opposes this legislation so vehemently is because it threatens its profitability," Gilmore said.

Smoking remains the leading preventable cause of cancer.

In the United States, almost 40 million adults still smoke cigarettes, according to the U.S. Centers for Disease Control and Prevention. About 6.2 million youth use tobacco products, with e-cigarettes most commonly used, despite a risk of disease and early death.