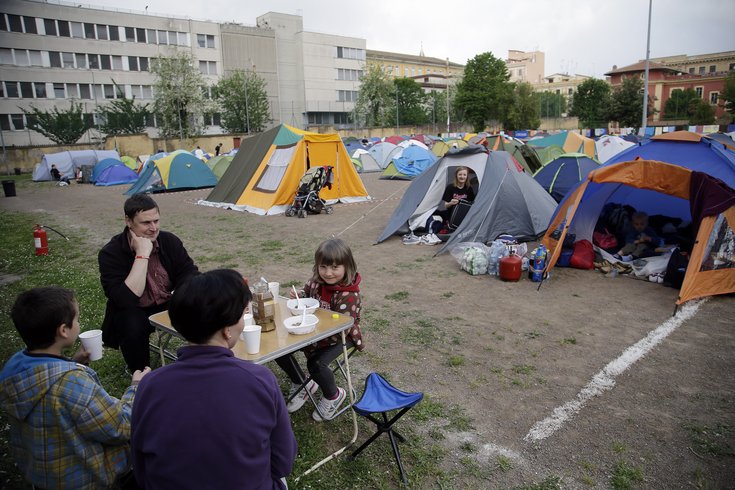 Polish pilgrims gather at a tented camp set up at the Knights of Columbus sports grounds in Rome on April 27, 2014, for a ceremony at the Vatican in which Pope Francis elevated John XXIII and John Paul II to sainthood.

In an interview with Philadelphia Magazine, Mike Focht, the city’s first deputy commissioner of Parks and Facilities, confirmed there have been discussions about allowing camping in certain city parks, though he wouldn't elaborate on the sites.

The city currently prohibits camping, which it defines as “erecting a tent, shelter or campsite,” in any of its parks.

Pope Francis’ planned visit to Philadelphia in September for the World Meeting of Families is expected to bring an estimated 1.5 to 2 million visitors to the area.