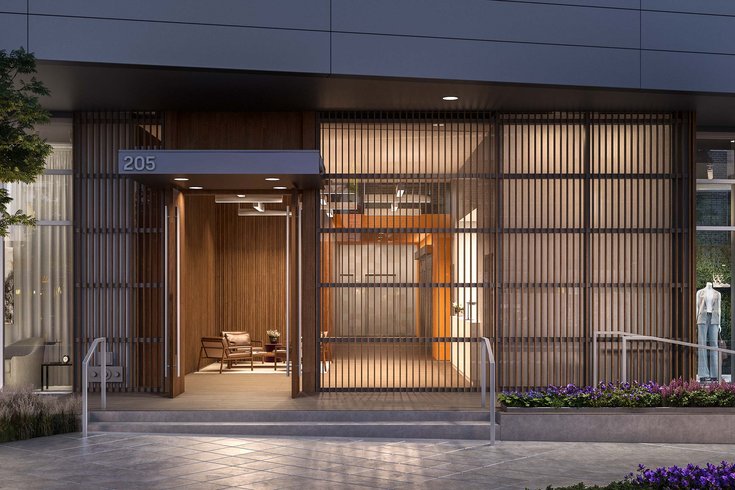 Bridge on Race is the first building in Philadelphia to include a handful of affordable units, priced below market value, for lower income residents.

Attempting to mitigate the displacement of long-time residents within gentrifying neighborhoods, a zoning incentive was introduced to Philadelphia in 2012, hoping to boost the number of affordable housing units within new buildings.

With five years gone and only 15 affordable units to show for it, City Council introduced a bill Thursday that could make the policy a more stabilized, citywide force.

The original zoning incentive allowed developers to add more floors or density to new construction projects in exchange for several rental units within the building to be priced below market rate. The very first building in Philadelphia to do so – Bridge on Race Street – has allocated 15 units in the luxury complex for lower income households.

One Water Street, another newer building by the waterfront, promised a similar deal in exchange for tacking an additional five floors onto its design, but eventually fell through on its promise.

The bill introduced to council would make it law for every new development to follow Bridge on Race Street’s model. Every new housing or rental development would require 10 percent of the new units to be priced below market value and cater largely to workers making between $30,000 and $50,000 a year.

Zoning incentives have been at work in other cities. In New York, over 90,000 residents applied for the 55 affordable units in a luxury Riverside building. The project sparked a flurry of debate, as residents of the affordable units were made to enter through a so-called "poor door" and not have access to building amenities, though that is reportedly not the case for Bridge on Race Street. San Francisco has seen similar building incentives.

With the Philadelphia housing market gaining momentum, there are some concerns that residents could face the same overpricing plaguing bigger cities.

According to PlanPhilly, Councilwoman Maria Quiñones-Sánchez introduced the bill that would require developers to both build housing and increase the potential density/height of projects. Read the full report here.