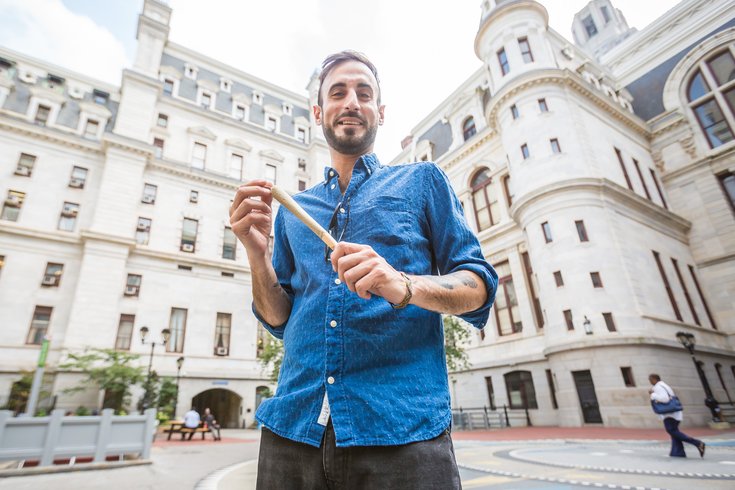 Clutching an enlarged check to the citizens of the City of Philadelphia in the amount of $9 million — an amount the city is said to have saved in public safety costs since decriminalizing possession of small amounts of marijuana — signed "Mary Jane," marijuana activists gathered Thursday at City Hall.

Marking two years of marijuana decriminalization in the City of Brotherly Love, the activists gathered to celebrate and talk up about how it has benefited the city.

Recently, through compiling Uniform Crime figures, Goldstein found that if the entire state decriminalized marijuana in the same way Philadelphia has, the state could save $50 million immediately.

"Decriminalization has an instant impact," he said.

As Goldstein pointed out in a recent interview with PhillyVoice,  in the two years since Philadelphia decriminalized the possession of less than 30 grams of cannabis, only about 750 people have been arrested for pot possession annually, while about 1,400 citations for marijuana possession were given out just last year. 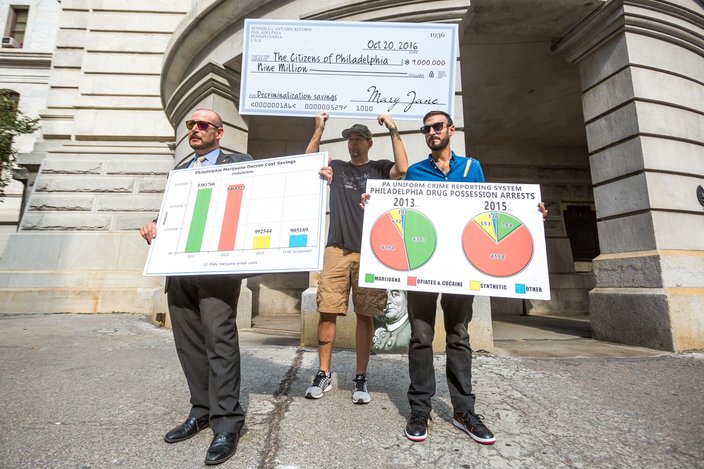 Over the two years prior to decriminalization there were 8,580 arrests for marijuana possession in the city.

Goldstein noted that a Vermont study showed that a marijuana arrest costs taxpayers $1,266 in public safety costs,  compared to the $20 cost of issuing a ticket.

Mike Whiter, a marijuana activist and Marine veteran who received the city's first citation for marijuana possession in October 2014, said he gladly paid the $100 fine — the tickets carry a $100 fine for smoking in public and a $25 fine for possession. In both cases, police will confiscate any marijuana they find — instead of going to jail.

And, he joked that unlike others who have been issued citations for marijuana possession, he paid the ticket.

"I actually paid that ticket, unlike the 70 percent of the people who get those tickets," he said. 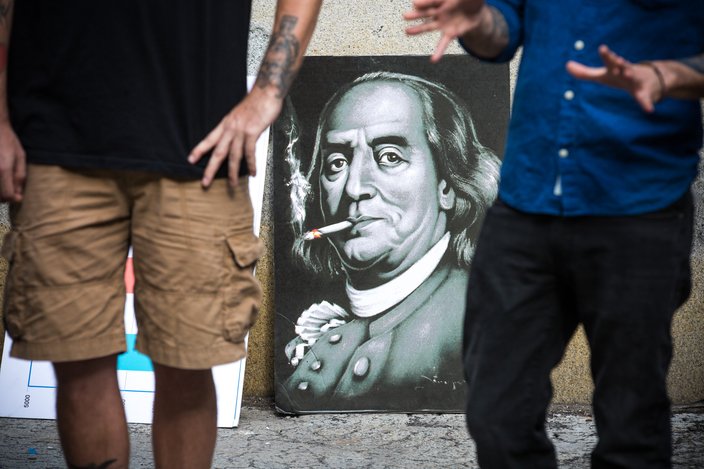 For Nikki Allen Poe, a Philly marijuana activist, the idea was never to generate money through ticket costs for marijuana possession. Instead, it was intended to do just what it has done, save the city money in public safety funding and help keep non-violent offenders in possession of small amounts of marijuana from becoming entangled in the criminal justice system.

"This is not a revenue-generating idea. This is about keeping people out of prison," said Poe.

As he waved around a 12-gram joint that he intends to smoke during a "Pop-Up Weed Garden" from 4 to 6 p.m. Thursday at the Philadelphia Museum of Art, Poe said the anniversary is a milestone for those in the cannabis community, because as time goes by, the stigmas associated with marijuana have been falling away.

"We appreciate the room we have had to grow," said Poe. "I'm seeing people get into it as it's getting more accepted. Seeing it grow, that's the most important thing... What's it going to look like five years from now? I want to push this as far as it goes."