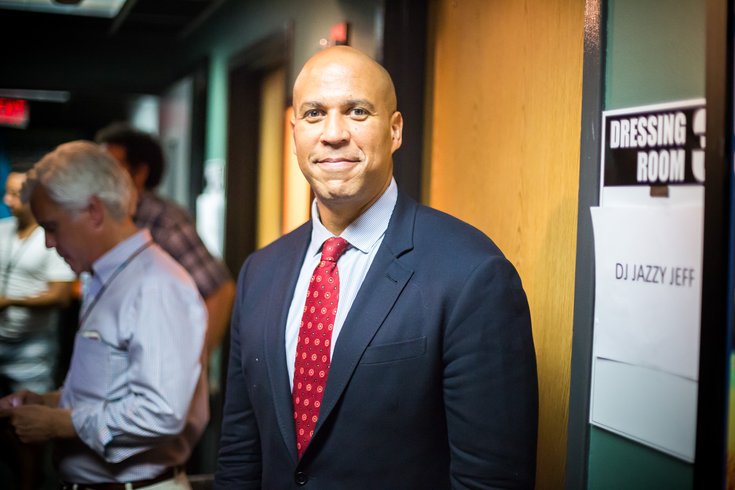 New Jersey Sen. Cory Booker is giving himself a new platform to talk about justice and inequality in America with the launch of his podcast, “Lift Every Voice.”

The podcast takes its title from James Henry Johnson’s poem, “Lift Every Voice and Sing,” which Booker describes as a long-running inspiration for him and an accurate description for what the audio series is trying to accomplish.

This #MLKDay I'm excited to share with you my new podcast: Lift Every Voice.

My 1st guest is a civil rights icon who always gets into #goodtrouble & has a treasure trove of stories: @RepJohnLewis

“Some of the greatest voices are those we find in our grassroots, or who have never really left grassroots activism,” Booker says while opening the first episode, titled “#GoodTrouble.”

“Really our goal is to elevate issues of righteousness, to talk about the larger struggle, the cause of our country. To spotlight people who are doing really important work, and to really, hopefully, let this podcast be inspiring people into activism.”

“If he could speak to us today, and I think he can, through our actions, our beliefs, he reminds us to never give up,” Lewis says to Booker in the episode.

“To be hopeful, to be optimistic, to continue to be involved in the political arena, and use our votes, use our voice as a powerful, non-violent instrument or tool.”

Booker and Lewis have worked together several times in the past for various causes, including testifying against President Donald Trump’s nomination of Jeff Sessions for attorney general. Booker also sponsored legislation that helped award Lewis with a Congressional Gold Medal for his participation in the 1965 Selma to Montgomery march.

Like in the first episode, Booker will also be answering some questions from his Twitter followers, so keep that in mind if you have something to say.

You can check out the full first episode for free on Spotify or Apple Podcasts.